73°F
You are at:Home»Blog»Event Guide: Tournament of Roses in Pasadena 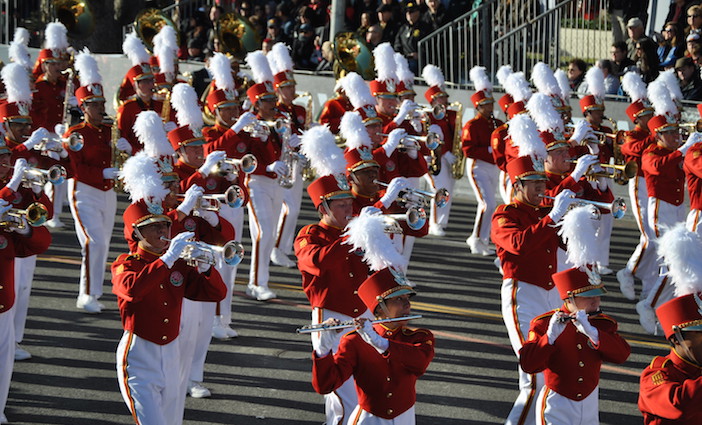 Head to Pasadena to welcome 2018 with rose-colored glasses.

Originally envisioned as a way to broadcast Los Angeles’ sunny winter weather to the rest of the world, the Tournament of Roses’ iconic Rose Parade and the subsequent Rose Bowl Game have blossomed into a New Year’s tradition over the past 100-plus years. If you’re in L.A., head to Pasadena to welcome 2018 with rose-colored glasses.

By Gillian Glover, adapted from the WHERE Los Angeles magazine, December 2017 issue.

All December long, you can get a behind-the-scenes look at the parade by helping put finishing touches on the parade’s flower-covered floats. Contact float-building companies such as Phoenix Decorating Co. or Paradiso Parade Floats to volunteer.

On December 29, Equestfest, at Burbank’s Los Angeles Equestrian Center, lets you meet the parade’s equine stars and their riders and watch them perform drills and dances.

To see the televised parade in person the morning of January 1 (the parade begins at 8 a.m.), secure a spot on the sidelines by purchasing a grandstand ticket from Sharp Seating Co. ($55-$100). The most in-demand seats are at the intersection of Orange Grove and Colorado boulevards, where TV crews line up to film the elaborate floats, equestrian units and marching bands.

Free curbside viewing is possible, but spots are first-come, first-served and can be staked out as early as noon the day before the parade. 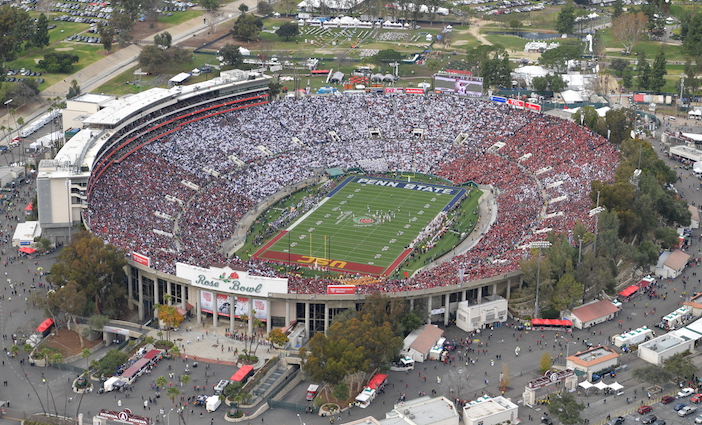 The Georgia Bulldogs will take on the Oklahoma Sooners in this year’s Rose Bowl edition.

To purchase a ticket to the College Football Playoff Semifinal at the Rose Bowl, which starts at 2 p.m. on January 1, visit ticketmaster.com (note that tickets typically sell out well before the event). The Georgia Bulldogs will be taking on the Oklahoma Sooners in this year’s edition.

If football’s not your thing, you can head to Sierra Madre and Washington boulevards after the parade to view the floats and their incredible handiwork. The showcase continues through the afternoon of January 2.