58°F
You are at:Home»Blog»Child’s Play: Youngsters Find Joy in Performing—And Bring It to Adults 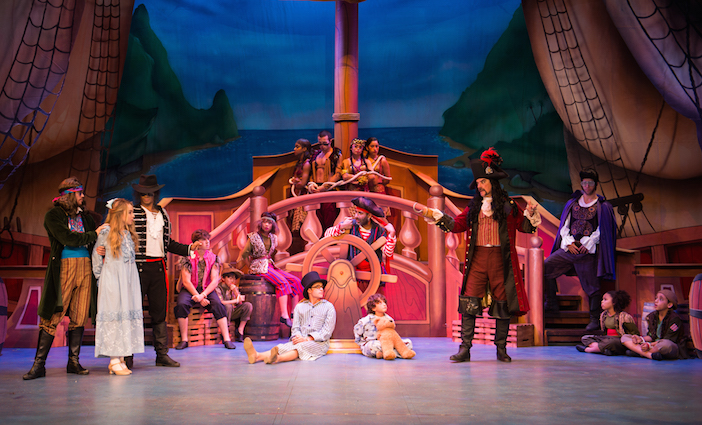 When Violinist Sarah Chang plays the Brahms Sonata No. 3 in D Minor January 6 at the Wallis Annenberg Center for the Performing Arts in Beverly Hills, she won’t be focusing only on the notes or on her performance partner, pianist Julio Elizalde. Chang, who made her debut at age 8 in 1989 with the New York Philharmonic under music director Zubin Mehta, will also be remembering other times she’s performed the piece during her career.

At a concert honoring Kurt Masur, for instance, the East German maestro had hugged her during the curtain call, she relates, and whispered, “You played it so fast. You always played it too fast.”

As a young performer, Chang worked with those titans and many others. During the season of The Nutcracker and other family fare, countless children and teenagers rehearse and perform alongside adults in musical, dance or theatrical productions, often adding an extra dimension of delight. Some elements of those performances haven’t changed since Chang’s formative years, notably labor laws restricting work hours.

“I was 13 and was going to make a recording in Amsterdam with the Royal Concertgebouw Orchestra and Charles Dutoit,” Chang recalls.

“It was a live recording, to be followed by a one-hour patch [re-take] session. I was very excited about it. We arrived in Amsterdam and they said, ‘You can’t do the patch session. It’s against the law. You have to go to bed and do it the next morning.’ The adrenaline is flowing after a concert. I remember saying, ‘What if the child in question wants to do it?’” 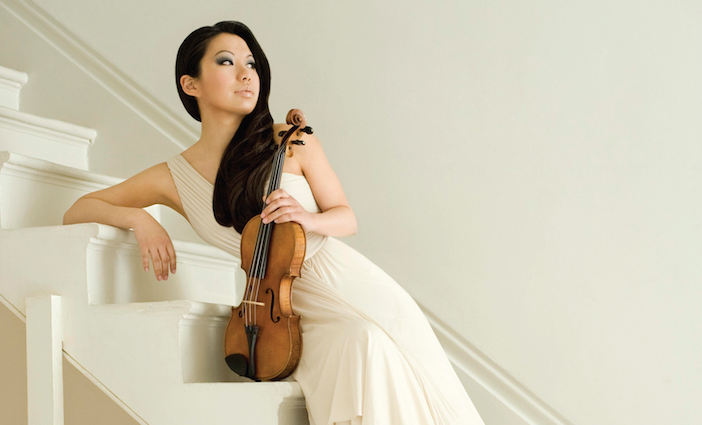 Violinist Sarah Chang made her debut with Zubin Mehta and The New York Philharmonic in 1989 at age 8.

Chang was accompanied by a phalanx of adults as a child, from both her personal and professional realms, and to this day she travels with a manager on tours to avoid loneliness.

Attentive adults are always present for the annual holiday panto productions staged by Lythgoe Family Panto in Los Angeles in association with the Pasadena Playhouse. “Child wranglers,” as producer Becky Lythgoe calls them. “Two adults who have been background-checked who have worked with kids in the past. We also have a tutor when there’s a weekday matinee, because the kids are missing school.”

The theatrical shows are inspired by the traditional British holiday pantos, which include songs, dance and comedy. This year’s offering, Beauty and the Beast—A Christmas Rose, will be performed December 13-24 at the Pasadena Civic Auditorium instead of at the playhouse.

The greatest difference between child and adult performers is that “children are completely a sponge, for the entire experience,” Lythgoe says. “They are eager to be there early and learn. They’re interested in everything—who’s building the set, how did the costumes get there.”

That was the case for August Maturo, who was 8 when he played Michael Darling in a Peter Pan-themed panto in 2015.

“I really learned that the term ‘the show must go on’ is true! If you’re sick or if something goes wrong on the stage, you have to just keep going. I learned from everyone around me,” says Maturo, a former co-star in the Disney Channel series Girl Meets World.

“Being in the theater is very special—we became so close so fast, like a family,” he recalls. “I learned a little something from everyone. I even learned to ride a hover board! The Lost Boys rode hover boards, which was so cool and creative.” 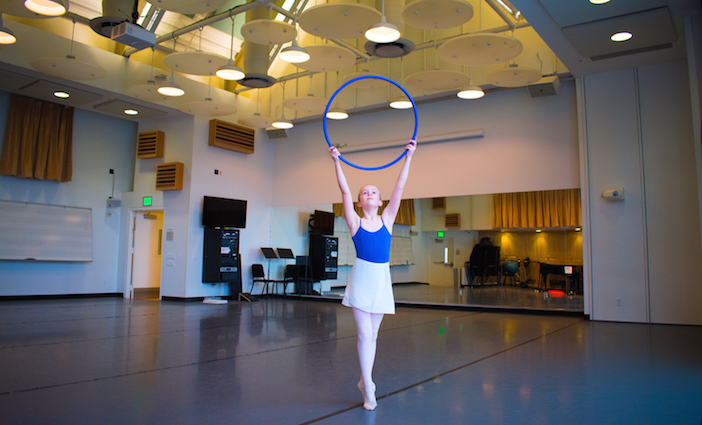 There will be 62 local student dancers in the cast of the Miami City Ballet’s new production of George Balanchine’s The Nutcracker, which has its world premiere at the Dorothy Chandler Pavilion downtown December 7-10; the Los Angeles Children’s Chorus also performs. Most of the students are from the Colburn School downtown, with some from the Gabriella Foundation’s Everybody Dance! youth program in Los Angeles.

“With kids, it’s all about the story,” says Maribel Modrono, children’s ballet master at the Miami City Ballet in Florida. “You get those children involved in saving the Nutcracker [as soldiers during the battle with the Mouse King]. You make them believe they are so important. They get so excited! In the second act, they go to the Land of Sweets. You make it magical for them.”

“Magical” is how Caitlin Berry describes her Nutcracker experience so far. The 12-year-old Colburn student plays a soldier and a candy cane and intends to dance professionally. “I still feel like I have to pinch myself to make sure this is real,” she says. “You have to work really hard, but then when you’ve put in the work it becomes great, and magical.”

A 7th-grader, Berry had to miss going to a dance at her regular school to take class at Colburn and rehearse. “It was very worth it,” she says. “I’m having such a great experience that it doesn’t matter.”

Performing teaches kids discipline and teamwork. Lythgoe says she has noticed a greater professionalism over the years, which she attributes to the behind-the-scenes glimpses afforded by vocal and dance competition shows on television.

And what do kids bring to performing?

“Joy,” Modrono says. “Joy. They bring a connection to everyone…. And they bring a beauty. You get to watch these kids doing something that you don’t [usually]  see them do. It brings a different bearing on telling a story.”