70°F
You are at:Home»Blog»8 Fine Art Museums in Los Angeles to Visit Now 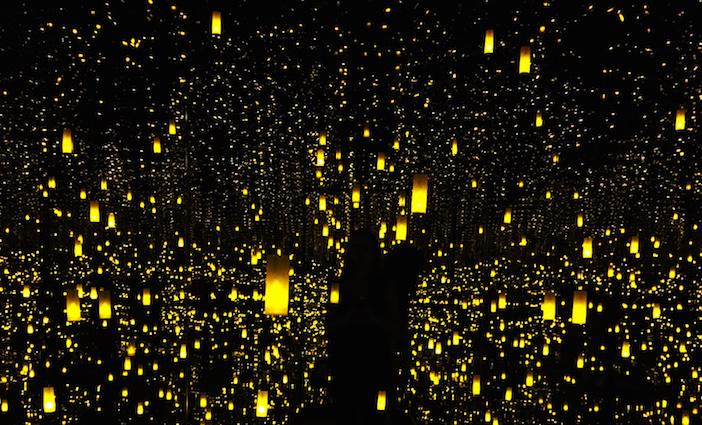 Los Angeles is not only a capital of entertainment, but also a mecca for fine art. One of this fall’s don’t-miss events is the Getty-led initiative Pacific Standard Time: LA/LA, presented in partnership with dozens of SoCal cultural institutions. But wait, there’s more—picture a Superman mega-exhibit and Instagram-worthy infinity-mirror art. Color us inspired.

by Marina Kay, adapted from WHERE Los Angeles magazine

The Broad presents the hotly anticipated Yayoi Kusama: Infinity Mirrors (on view through January 1, 2018), a traveling exhibition comprising six kaleidoscopic mirrored environments—including Kusama’s most recent room, All the Eternal Love I Have for the Pumpkins (2016)—alongside large-scale installations, key paintings, sculptures and works on paper from the Japanese artist’s 65-year career. Catch it while you can: The Broad is the only space in California to host this exhibition. Advance tickets, $25; limited same-day standby tickets, $30. 221 S. Grand Ave., downtown, 213.232.6200. thebroad.org

This Mike Kelley mega-exhibition is the first in L.A. to present the full sweep of the artist’s late series inspired by the comic-book tale of Kandor, the capital city of Krypton, birth planet of Superman. Mike Kelley: Kandors (on view through January 21, 2018) presents a number of works for the first time in L.A., including Kandors Full Set (2005–2009)—a miniaturized, sprawling array of illuminated cities, some set in colorful hand-blown bottles—and the monumental Kandor 10B (Exploded Fortress of Solitude), Kelley’s take on Superman’s cave-like postapocalyptic bunker. Free. 901 E. 3rd St., downtown, 213.943.1620. hauserwirthlosangeles.com 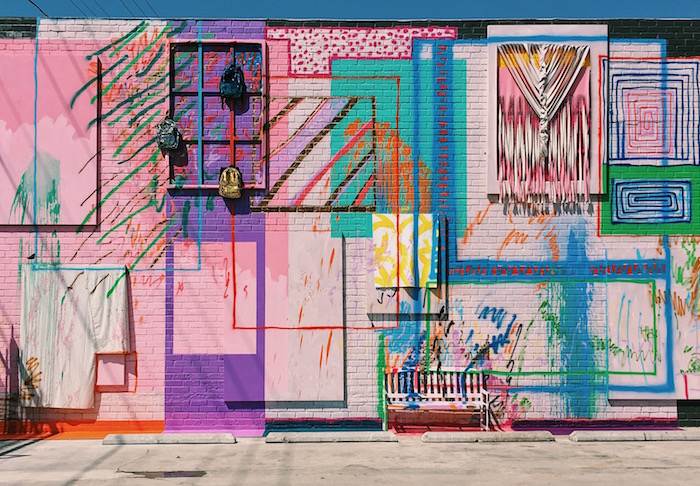 New kid on the block, Institute of Contemporary Art, Los Angeles in DTLA.

The Santa Monica Museum of Art has a new name, location and identity: Meet the Institute of Contemporary Art, Los Angeles (ICA LA), housed in a renovated industrial building downtown. Part of PST: LA/LA, the museum’s inaugural exhibition, Martín Ramírez: His Life in Pictures, Another Interpretation (on view through December 31, 2017), is the first solo presentation of this self-taught artist in Southern California. After moving to California from Mexico and being diagnosed with schizophrenia, Ramírez was confined to psychiatric hospitals, where he created a unique style of art defined by concentric lines, undulating patterns and surreal topography. See 50 of his works, plus a monumental 18-foot scroll comprising a glossary of his singular imagery, on view for the first time.

And on ICA LA’s courtyard wall: L.A.-based artist Sarah Cain’s Now I’m Going to Tell You Everything (on view through December 31, 2017), a temporary 800-square-foot color explosion that takes its title from a poem written for the artist by celebrated poet Bernadette Mayer. Free. 1717 E. 7th St., downtown, 310.284.8100. theicala.org

The largest art museum in the western United States, LACMA scored the first major retrospective of one of the most influential Los Angeles Chicano artists of the 1970s. Playing With Fire: Paintings by Carlos Almaraz (on view through December 3, 2017), another PST: LA/LA participant, enchants with its exuberant display of color and impressionist style. Also, Found in Translation: Design in California and Mexico (on view through April 1, 2018), 1915–1985 shows the modern and anti-modern design movements of the 20th century through a compilation of architectural drawings, photographs and films, as well as furniture, ceramics, metalwork and murals.

Partnering with the Getty Research Institute, the groundbreaking nonprofit LAXART gallery presents Video Art in Latin America (through December 16, 2017), a landmark exhibition that unravels the evolution of Latin American video art through 60 works, ranging from the earliest experiments in Argentina during the 1960s to movements that emerged across Ecuador, Guatemala and Costa Rica in the new millennium. Free. 7000 Santa Monica Blvd., Hollywood, 323.871.4140. laxart.org

The Broad photo and ICA LA photo by Christina Wiese.