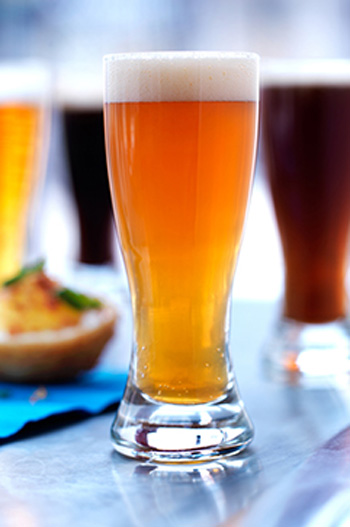 Beers, boats and hearty meals are on the menu this Father’s Day in San Diego. From complimentary brews to bottomless bratwursts, we’ve highlighted S.D.’s extra-special offerings to help you celebrate dad on June 15.

Lazy Dog
June 15. In honor of dad, everyone 21 and older can get a Lazy Dog 16oz brew for $3. All day long, house drafts will come with a complimentary special edition pint glass to take home. 1202 Camino Del Rio N, Mission Valley. 619.481.6191. lazydogrestaurants.com

Leroy’s Kitchen & Lounge
June 15. There are probably few things dad loves more than a burger and a beer, so that’s what Leroy’s is offering: its signature gourmet burger and a beer for $18. There will also be live music from Kevin Begin. 1015 Orange Ave, Coronado. 619.437.6087. leroyskitchenandlounge.com

Marina Kitchen
June 15. Dad can unleash his inner Ron Swanson at Marina Kitchen’s beef, bourbon and beer dinner, complete with all the “man-food” you can think of. Add a flight of beer, wine or barrel-aged cocktails to the three-course meal for an additional $16. Active duty dads will receive 10% off their meal with valid ID. $45. Marriott Marquis and Marina, 333 W. Harbor Drive, San Diego. 619.699.8222. facebook.com

The Maritime Museum of San Diego
June 14 & 15. By popular demand, this special Father’s Day cruise has added an additional sailing on Saturday. Both adventures begin with a souvenir group photo aboard the traditionally rigged tall ship, followed by brats and beer for the adults, and hot dogs, chips and soda for the kids. Noon-4 p.m. 1492 N Harbor Dr., San Diego. 619.234.9153. sdmaritime.org

San Diego Beer and Wine Tours
Ongoing. Take dad on a walking or train tour to taste some of San Diego’s most quintessential beers. Or splurge on the private chauffeured tour to visit the actual breweries. SD Beer and Wine Tours, various locations. lajollawinetours.com

Waypoint Public
June 15. As one of San Diego’s most family-friendly beer bars, Waypoint Public will be paying ode to fathers with a complimentary draft beer. Dads with young kids will appreciate the designated playpen. 3794 30th Street, North Park. 619.255.8778. waypointpublic.com