Events | Where To Watch The Super Bowl In San Diego

Where to Watch the Super Bowl in San Diego 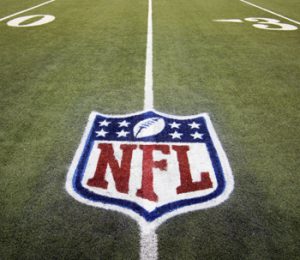 Super Bowl XLIX kicks off at 3:30 p.m. on Feb. 1. Whether you’re a Patriots fan, a Seahawks fan, or just there to watch the commercials; we’ve rounded up the best San Diego spots to catch the Super Bowl.

Tavern
Celebrate an American tradition with German-style beer steins and pretzels at Tavern in Pacific Beach. Table-side taps ensure a steady flow of beer directly to your while 42 strategically placed HDTVs mean you won’t miss a minute of the Super Bowl. Try the Kegs in a Blanket: Tavern’s version of the old favorite comes with cheddar-brats wrapped in pretzel dough. 1200 Garnet Ave., Pacific Beach, 858.272.6066. tavernatthebeach.com

LOUNGEsix
Starting at 1:30 p.m., Hotel Solamar’s rooftop lounge will offer a full spread of traditional and signature bites and drinks. Jsix Executive Chef Christian Graves will roll out the smoker and crank out ribs, burgers, brats and sliders for fans. A variety of fresh baked buns and popular condiments like sauerkraut and cheese sauce will be standing by, as well as a smorgasbord of classic tailgate fare like wings, chips and dip. For $25, get all the grub you can eat, a beer to wash it down and some sporty swag to take home. Additional specials inspired by each team’s region will also be available. 616 J St., downtown, 619.531.8744. jsixrestaurant.com

The Field
Head to downtown’s Irish pub for a Super Bowl party including complimentary spicy chicken wings during half time and half off drinks from 8 p.m. to close. Just be ready to cheer for the Seahawks! 544 Fifth Ave., Gaslamp Quarter, 619.232.9840. thefield.com