Events | San Diego Things To Do In January 2014

San Diego Things To Do In January 2014 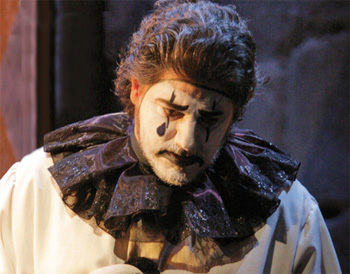 Snoop Dogg aka Snoop Lion
Jan. 8. Legendary rapper Snoop Dogg is a multi-platinum artist and entertainment icon with more than 20 years in the industry. Now known as Snoop Lion, he’s been making headlines with his most recent project, “Reincarnated,” and the announcement of his new moniker, which he adapted while recording in Jamaica.  The album, as well as the compendium documentary film of the same name, chronicles his illustrious career from his meager beginnings to his spiritual awakening as Snoop Lion. Hear the new reggae influenced sounds of Snoop Lion at two intimate shows. Belly Up Tavern, 143 S Cedros, Solana Beach. 858.481.8140. bellyup.com

SDSU Aztecs Men’s Basketball
Jan. 8, 15, 18. The San Diego State Aztecs are on a roll after defeating Kansas and extending their win streak to a total of 11 games. Known as one of the top defensive teams in the country, the Aztecs welcome Boisie State, Fresno State and UNLV to Viejas Arena this month. Viejas Arena at SDSU,  5500 Canyon Crest Dr. San Diego. goaztecs.cstv.com

Abstractions of Thought
Jan. 16. Local artist Alex Dikowski shares his thoughts on philosophy, science and spirituality in his first ever solo collection, “Abstractions of Thought.” While each of the 16 pieces maintains its own visual aesthetic, his debut series is tied together by concept and medium to create a cohesive covering for Quality Social’s walls. A San Diego entrepreneur, Dikowski has made a name for himself in the local art community for his daring use of size, scale, collage and metaphors. The show will be accompanied by a live set by DJ Mikey Lion. Free. 8 p.m. Quality Social, 789 Sixth Ave., San Diego. dikowski.com

The Harvard Glee Club
Jan. 18. The oldest continuing choral ensemble in the United States, the Harvard Glee Club, founded in 1858, is bringing its famous sound to San Diego for a memorable evening of song. Conducted by Andrew Clark, the sixty-voice men’s ensemble has toured extensively. 7:30 p.m. California Center For The Arts, 340 N. Escondido Blvd., Escondido. 800.988.4253. artcenter.org/performance

The Complete Frida Kahlo: Her Paintings. Her Life. Her Story.
Through Jan. 19. Peruse among 123 replicas hand-painted by master artists in the original size, materials and style as Kahlo painted them; more than 500 of the artist’s personal possessions, including handmade dresses and jewelry; and a collection of photographs chronicling her life and work, including the famed 1939 portrait “Frida in Blue Dress.” Barracks 3 at the NTC Arts & Culture District in Liberty Station, 2765 Truxton Road, Point Loma. thecompletefrida.com

San Diego Restaurant Week
Jan. 19-24. Restaurant Week brings the city’s vibrant food scene to life for one week of delicious dining with prix-fixe menus available at more than 180 of San Diego’s best restaurants. Use the interactive website to scope out menus, find a new spot to try, or reserve a table at your favorite neighborhood eatery. Select between two-course lunch and three-course dinner menus for $10, $15 or $20 per person and $25, $35 or $45 per person respectively. sandiegorestaurantweek.com

Disney on Ice Rockin’ Ever After
Jan. 22-26. Rock out with some of Disney’s most famous idols in a musical showcase that spans the magical kingdom. From a Scottish jig inspired by “Brave” to a chorus of harmless hooligans from “Tangled” to an enchanting performance from the Beast and his castle, Rockin’ Ever After has a superstar line up of royalty—all of whom are ready to rock. 7 p.m. Valley View Casino, 3500 Sports Arena Blvd., Midway. 619.224.4171. valleyviewcasinocenter.com

Pagliacci
Jan. 25, 28, 31 and Feb. 2. One of the most powerful operas in the repertoire, Pagliacci is a gut-wrenching one-act about the jealous clown who stabs his wife and her lover to death in a jealousy-driven rage while performing a comedy before an audience of shocked Italian villagers. In the famous aria “Vesti la giubba”, Canio applies his clown make-up saying that the show must go on, but creates his own tragic ending. San Diego Opera at the San Diego Civic Theatre, 1100 Third Ave., downtown. 619.570.1100. sdopera.com

30th on 30th
Jan. 30. Head to North Park and South Park for this monthly, unofficial restaurant and bar crawl. On the 30th of each month, various eateries and bars located on 30th Street offer food and drink specials—such as a featured appetizer for $3—allowing patrons to check out all the amazing places along the bustling corridor. Participating restaurants usually include Urban Solace, Sipz, Alchemy, West Coast Tavern, Mosaic Wine Bar and many others. 30thstreet.org

George Strait
Jan. 31. The king of country, George Strait is a living legend in the world of country music with 13 multi-platinum, 33 platinum and 38 gold albums, and more than 70 million albums sold. In 2013, he won the Entertainer of the Year at the Country Music Awards. Fellow country superstar Miranda Lambert also performs on the Cowboy Rides Away tour, which is slated to be Strait’s last. Valley View Casino Center, 3500 Sports Arena Blvd., Midway, 619.224.4171. georgestraitcowboyridesaway.com

Foreigner
Jan. 31. With 10 multi-platinum albums and 16 Top 30 hits, Foreigner is universally hailed as one of the most popular rock groups in the world. The band is responsible for some of rock and roll’s most enduring anthems, including “Juke Box Hero,”  “Feels Like the First Time,” “Cold as Ice,” “Hot Blooded” and the worldwide number 1 hit “I Want to Know What Love Is.” Harrah’s Rincon, 777 Harrah’s Rincon Way, Valley Center. 800.745.3000. harrahsrincon.com