Events | San Diego Things To Do In December 2013

San Diego Things To Do In December 2013 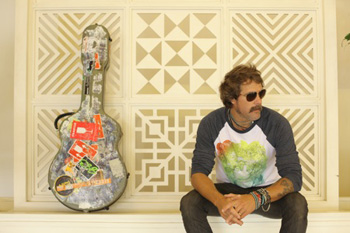 SoNo Fest & Chili Cook-Off
Dec. 1. The hip neighborhoods of South Park and North Park are teaming up for the fourth annual SoNo Fest & Chili Cook-Off, where local restaurants and residents will vie for the title of chili champ. More than 25 restaurants are scheduled to enter the contest, including Alchemy, Hamiltons,  Lefty’s, Station Tavern, Phil’s BBQ and more. Admission includes a souvenir bowl to use during the event and after. Don’t miss the live music on two stages, the beer and wine garden or the kids’ zone in between tastes. Thorn and 32nd streets, North Park. sonofestchilicookoff.com

December Nights
Dec. 6-7. Gather together with friends and family to spread holiday joy and kick-off the most wonderful time of the year. Participating Balboa Park museums will open their doors free of charge from 5-9 p.m. each night. Watch top-notch musical and dance performances, enjoy delicious and diverse food, and help spread a heavy dose of holiday cheer with special events like the International Christmas Festival at the House of Pacific Relations Cottages, the annual Santa Lucia Procession at the Plaza de California and unique gift shopping at the museum stores and with the artisans of Spanish Village. Balboa Park, 1549 El Prado, San Diego. balboapark.org

The Nutcracker
Dec. 14-22. The classic holiday ballet about a young girl who dreams of a nutcracker prince comes to life this season with a cast of more than 100 beautifully costumed dancers reveling in Tchaikovsky’s timeless score. Whether you’re seeing the leaping cossacks, flurries of snowflakes and dancing sugarplum fairies for the first time or the hundredth time, this classic ballet will bring magic to your holiday season. California Ballet at the Civic Theatre, 1100 3rd Ave., San Diego. 858.560.5656. californiaballet.org

Dr. Seuss’ How the Grinch Stole Christmas
Through Dec. 29. Everyone’s favorite winter fable is back at the Old Globe for its 15th incredible year. See the famed Dr. Seuss book come to life with family friendly songs such as “This Time of Year,” “Santa for a Day” and “Fah Who Doraze,” the delightful carol from the popular animated version of How the Grinch Stole Christmas. Celebrate the holidays as the Old Globe is once again transformed into the snow-covered Whoville, right down to the last can of Who-hash. The Old Globe, 1363 Old Globe Way, Balboa Park. 619.234.5623. theoldglobe.org

The Complete Frida Kahlo: Her Paintings. Her Life. Her Story.
Through Jan. 19. Peruse among 123 replicas hand-painted by master artists in the original size, materials and style as Kahlo painted them; more than 500 of the artist’s personal possessions, including handmade dresses and jewelry; and a collection of photographs chronicling her life and work, including the famed 1939 portrait “Frida in Blue Dress.” Barracks 3 at the NTC Arts & Culture District in Liberty Station, 2765 Truxton Road, Point Loma. thecompletefrida.com