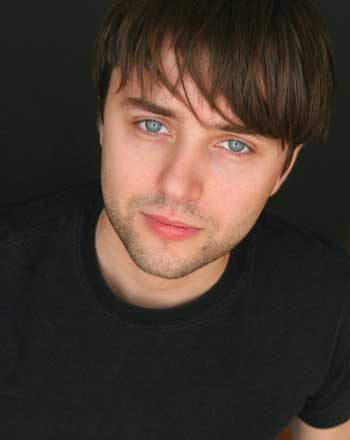 Mad Men star Vincent Kartheiser chats with WhereLA about the Emmys, life on the hit AMC drama, his favorite Los Angeles spots and rumors that he doesn’t drive a car—or own a TV.

Vincent Kartheiser’s life isn’t nearly as shocking as that of his Mad Men alter ego, the scheming Pete Campbell, but it’s just as intriguing. The Minneapolis native, 33, who resides in Tinseltown (“I live in the tourist area and always see these goofy people dressed up”), leads a relatively simple life in spite of his Hollywood fame. The actor sat down to talk this month’s Emmy Awards (Mad Men collected 17 nominations), life on the hit AMC drama and rumors that the silver-screen star doesn’t drive a car—or own a TV. —Jessica Radloff

Congrats on the Emmy nominations! Is the ceremony still exciting after all these years?

It’s cool to see all those people that I watch on TV and respect as writers and actors, and be in the same room as them. It still hasn’t lost that “wow” effect on me. I’m like a kid in a candy shop.

I hear you have a penchant for teasing your co-stars on the Mad Men set.

I’m kind of a wild guy on set. I love being there. You’re often doing things that are pretty revealing and emotional, so I deal with that by doing embarrassing things. I like to tease people, but I allow myself to be the joke. I like to jump around and shout.

What about the rumors that you wear a fake wedding band?

I did that for seven years, but I stopped a year ago. I haven’t worn one since, except on Mad Men. I found myself missing it. I like to stir the [pot], if you will. Sometimes I’d lie to people and tell them I was married. I don’t know why I do anything I do. I’m an idiot. [Laughs.]

How about the one that you don’t have a car, TV or toilet?

I bought a car last summer after four years of not having one. I just started having a lot of business appointments in different places. I still take the bus and the train, but it is nice to have a car for convenience’s sake. Most of L.A. is not made up of people who are big movie stars or rich bankers. There are many people who rely on public transportation. As for a TV, I’ve always had one. And I have a toilet.

You’re doing a play this fall called The Death of the Novel. What is your favorite medium?

Mad Men is my favorite project, regardless of the medium. The writing is the most important thing. I think I’m an OK actor, and I think the role of Pete Campbell makes me much better than I probably am. Theater is the most rewarding as an actor, because it gives you a lot of time to explore the character in rehearsal.

Let’s talk L.A. favorites. What are your favorite restaurants?

Café Stella has the best mussels in town. I like the bar at Cole’s downtown. Mendocino Farms has really good sandwiches. When it comes to going out for drinks, there’s a great place in Culver City called the Blind Barber. It’s a barbershop during the day, and there’s a speak-easy behind it. It’s the coolest bar in L.A.

I like Fryman Canyon for a hike. No one is ever on it, and it’s more shaded than Runyon.

I like to read my scripts at the 101 Coffee Shop as well as the Bourgeois Pig. I like going out east, too, like Fred 62—I’m not ashamed. [Laughs.]