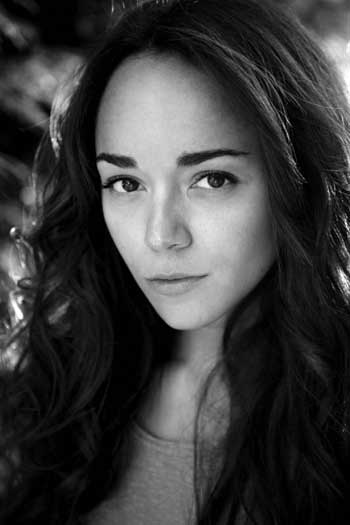 U.K.-born Ashley Madekwe stars as Ashley Davenport on ABC’s hit Revenge, in addition to writing a fashion blog, Ring My Bell. Find out her favorite things to do in Los Angeles when she’s not on camera, and what may be in store for the characters of Revenge this season.

Ashley Madekwe, 30, describes herself as having “more shoes than sense.” The actress might be accomplished in the Louboutin department—in fact, she writes a fashion blog, Ring My Bell, in her spare time—but she wouldn’t be as successful as she is without having serious entertainment-industry smarts. The U.K.-born Madekwe (that’s mah-deck-way), who graduated from London’s Royal Academy of Dramatic Art, stars as Ashley Davenport on ABC’s hit Revenge, now in its second season. She made the official move to Hollywood only a year ago with her new husband, actor Iddo Goldberg, but she’s a veteran of the small and large screens thanks to star-making roles on Showtime’s Secret Diary of a Call Girl and the film How to Lose Friends and Alienate People. —Jessica Radloff

Is it true that producers wanted your character on Revenge to have a Jamaican accent?

[Creator] Mike Kelley wrote the part with me in mind, but the network wanted the character to have an American accent. [Director and producer] Phillip [Noyce] then had me try out all sorts of accents, and his favorite was Jamaican. I sounded like Sebastian the crab from The Little Mermaid! Luckily Mike loves me as a Brit, and we got to go with my regular accent.

Revenge is one of the most popular shows on the air right now. What do fans most want to know about your character?

They want to know what happened to Emily and Ashley’s friendship, and so do I. Ashley is doing the best she can to claw her way to the top of the social ladder. I would love to find out how this girl from Croydon, England, came to be living in the Hamptons. I hope it’s something dark and juicy.

What was your first impression of L.A.?

Well, it wasn’t exactly the best. I got into a car accident not even a half-mile from the airport! Thank goodness I was OK.

Congratulations on your summer wedding! David Schwimmer was in attendance. Were you a huge Friends fan?

Yes! And I don’t trust anybody who didn’t like Friends. [Laughs.] They wouldn’t be in my life if they didn’t watch it.

Revenge films in Manhattan Beach. Have you had a chance to explore the area?

I love it there! It has a very holiday vibe with all the boutiques and cafes. We film at a lot of the beaches in L.A., too, and try to re-create [the Hamptons], especially in Marina del Rey.

You’re quite the fashionista. Tell me about a recent splurge.

I waste so much money on clothes and shoes! I am not afraid to treat myself when I get a job. [Laughs.] My biggest splurge was a fantastic Balenciaga motorcycle black leather jacket. Everybody that has one looks so chic, so I bought myself one for Christmas!

What are your other favorite places to shop?

I love shopping at the vintage market on Fairfax and Melrose every Sunday. I also go to Maxfield.

When you and Iddo have a free night, what restaurants do you frequent?

We really like Cecconi’s. It’s very European in there, the food is really yummy, and it’s so glamorous. We also like going to the Chateau Marmont. It’s old Hollywood.

What about when you get together with girlfriends?

I like The Little Door. It’s really cute and very French. There’s a place called Grub that does very decadent breakfast sandwiches. They make French toast out of croissants and put maple bacon in them.