6 Things That Originated on the Santa Monica Pier 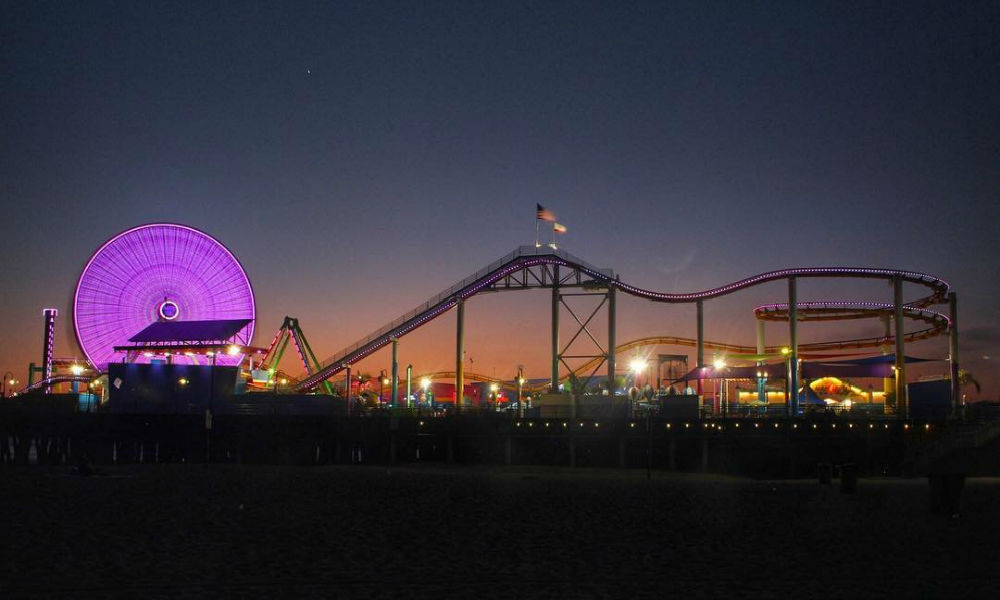 The Santa Monica Pier is often associated with beautiful beaches, Instagram-worthy sunsets and the sign marking the end of Route 66. Hearing the name “Santa Monica Pier” may conjure up the image of fishing poles stationed off the back and sides of the Pier and the smell of funnel cakes wafting from the specialty food stands. But does Popeye the Sailor Man remind you of the water hitting the sand? What about Hot Dog on a Stick? Read on to learn six surprising things that got their start on the Santa Monica Pier—and why you may never view the iconic attraction the same way again. 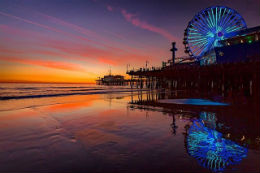 Solar-Powered Ferris Wheel
Santa Monica is home to many conservationists and nature lovers. A plethora of messages are posted around town to remind locals and visitors to pick up after themselves, conserve energy and water, and stay mindful of wildlife. Pacific Park on the Santa Monica Pier took that message to the tallest order, quite literally, by installing the world’s first and only solar-powered LED Ferris wheel that soars 130 feet above the Pacific Ocean. While the original Pacific Wheel was installed in 1996, it was replaced in 2008 with a new wheel that repurposed the solar panels and featured LED lights to cut power usage even further. This year marks the 125th anniversary of the creation of the Ferris wheel—and perhaps none have been as iconic or as well known as the Pacific Wheel. Visit Pacific Park on the Santa Monica Pier to take a ride. 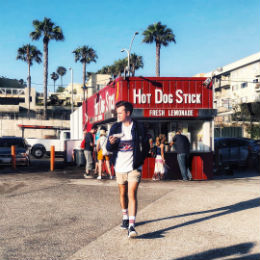 Hot Dog on a Stick
The Original Hot Dog on a Stick opened just steps away from the Santa Monica Pier in 1946, serving beachgoers lemonade and hot dogs… on a stick. Originally called Party Puffs, the founder changed the name after perfecting his mother’s cornbread recipe. You can visit the original location at 1633 Ocean Front Walk to enjoy freshly dipped hot dogs on sticks and fresh hand-stomped lemonade.

Popeye
Popeye the Sailor Man is believed to have gotten his start in Santa Monica. Native lore touts Oli Olsen, a Norwegian immigrant who dressed in a sailor outfit with a corncob pipe, as the inspiration for the beloved cartoon character Popeye. In 1929, Popeye creator Elzie Segar and his assistant used to rent boats off the end of the Santa Monica Pier and brainstorm story plots. Olsen was the most visible figure to those renting boats off the Pier at that time. (The other camp believes that a man in Chester, Illinois, was the inspiration for Popeye.) Take a trip down to the end of the Santa Monica Pier to see if the craving for spinach strikes.

Physical Fitness Boom
Muscle Beach is synonymous with the dawn of modern fitness. The original Muscle Beach, which was located just south of the Santa Monica Pier in 1934, is considered the birthplace of the physical-fitness boom of the 20th century. Although Muscle Beach has since moved further south to Venice, the swinging rings and parallel bars off the running path near the original site still attracts world-class entertainers showing off their gymnastic and acrobatic skills. 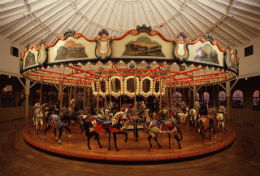 Santa Monica’s 1st National Historic Landmark
Santa Monica’s first National Historic Landmark is its old-fashioned carousel, currently housed in the Looff Hippodrome building on the Santa Monica Pier. Built in 1922, it was famously featured in the Paul Newman-Robert Redford movie The Sting. The custom-built carousel offers old-fashioned fun, with tickets priced at $1 per ride for kids and $2 for adults. The building can also be rented out for parties.

Santa Monica Pier is home to Pacific Park, the only oceanfront pier amusement park on the West Coast. Enjoy 2 acres of rides, midway games, food, entertainment and specialty shops, with over-the-water views of the Pacific. Find all you need for your visit at PacPark.com.