Garden parties, Negroni Week activities and a Stranger Things carnival on the pier—make sure you check out the best that L.A. has to offer this weekend. 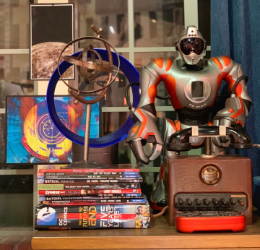 Big Bang Theory Studio Tour
June 28. After 12 years on the air, and officially securing the title as the longest-running multi-camera show on television, The Big Bang Theory is about to be the newest addition to the popular Warner Bros. soundstage and studio tour. Fans can officially check out the highly detailed original sets from the program, including the elevator, Caltech physics lab cafeteria and apartments 4A and 4B. 3400 Warner Blvd., Burbank. wbstudiotour.com 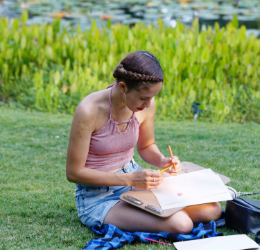 Norton Simon Garden Party
June 29. Let your imagination roam free in the Norton Simon Museum’s serene sculpture garden. Whether you wish to sketch, sculpt, watercolor or create satchels and flower crowns, there are plenty of activities and supplies for you to choose from. You can also unwind to the melody of live jazz music in the Garden Cafe. 5-7:30 p.m. 411 W. Colorado Blvd., Pasadena. nortonsimon.org 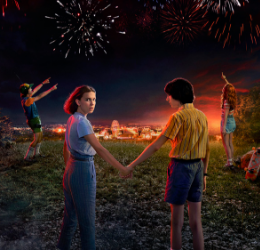 Stranger Things 3 Fun Fair
June 29 & 30. For those who can’t wait another second for the return of Stranger Things, immerse yourself in vintage Hawkins-style sci-fi carnival on the pier. With live ’80s cover bands, themed carnival games, a “curiosity house” with lurking Demogorgons and even Hawkins High School cheerleaders, the event doesn’t hold back on the details. Pre-existing classic rides and shops will transform in order to align with the show—fans can even take photos with Mike’s Schwinn at the “Hawkin’s bike shop.” 11 a.m. – 9 p.m. 200 Santa Monica Pier, Santa Monica. santamonicapier.org 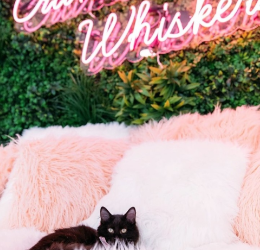 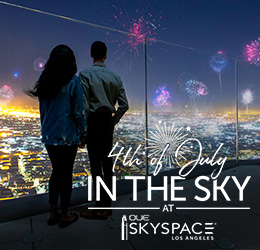 SPONSORED
4th of July in the Sky
Upcoming | July 4. Celebrate the Fourth of July In the Sky! Enjoy viewing multiple firework displays around L.A., a ride on the all-glass Skyslide, two drinks and a live DJ, who’ll start spinning at 9 p.m. There is no better way to celebrate Independence Day! The 4th of July In the Sky package includes: admission, two drink tickets (good for domestic beer/wine, well drinks and soft drinks), access to all three levels of OUE Skyspace LA, and a ride on the Skyslide. $45; Kids $35. 633 W. 5th St., #840, downtown. Tickets 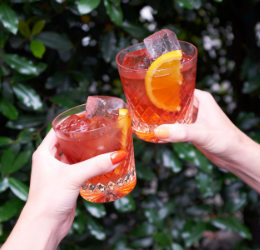 Negroni Week
Entire Week. To wrap up the weeklong celebration of Negronis, Cecconi’s will be offering up some specialty bites and a couple of their unique takes on the Negroni, such as the Negroni sour and the smoky ‘mezcagroni.” The outdoor area is perfect for enjoying a refreshing summer breeze. All cocktail specials benefit the James Beard Foundation. 8764 Melrose Ave., West Hollywood. 310.432.2000. cecconiswesthollywood.com 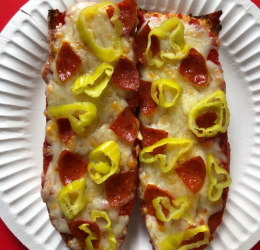 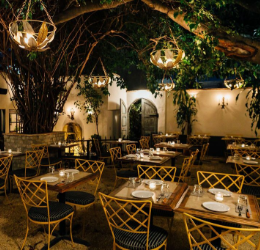 Bacari W. 3rd Street Movie Night
June 30. For those of you who want to relax this weekend with delicious dinner and a cult-classic ’90s teen drama, check out the Mediterranean restaurant Bacari W. 3rd Street and its lush garden courtyard. For its first-ever all-inclusive movie night, a three-course cicchetti-style dinner will be prepared along with an array of unlimited candies, snacks and specialty popcorn. The intimate screening will be of the late ’90s crowd-pleaser, 10 Things I Hate About You. $50. 8 p.m 8030 W. 3rd St., Beverly Hills. bacariw3rd.com 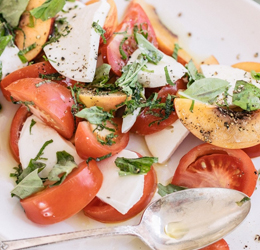 SPONSORED
Gelson’s
Crazy for caprese? This fruity take on the classic is made with sweet, ripe nectarines—they taste wonderful with tangy, slightly acidic tomatoes, white balsamic vinegar, basil and creamy mozzarella. It’ll be the perfect, light, juicy side for grilled fish or steak. Check out the recipe: https://glsns.us/NectarineSalad and look for specials on locally grown large California nectarines through 7/9/19. gelsons.com 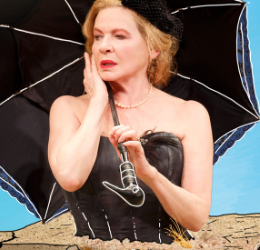 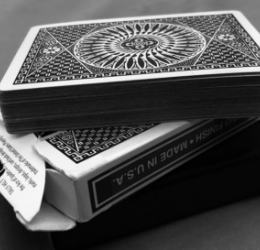 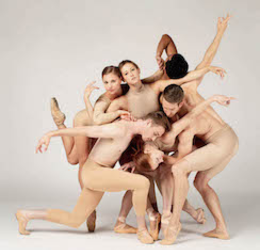 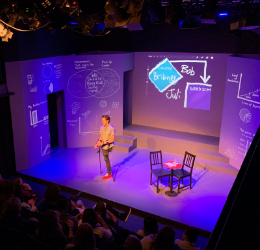 We Should Hang Out Sometime
June 28 through August. After losing his left leg to Ewing’s sarcoma, Josh Sundquist used his unwavering positivity to follow his dreams and share his journey the world. This summer, the best-selling author, comic and Paralympian turned his romantic rejection and dating misadventures into a hilarious one-man comedy show. Those who arrive early can attend a “pre-hang” with wine and snacks. Afterward, stay for a meet & greet where you can talk with Josh and take some “awkward selfies” together. $20. 1211 4th St., Santa Monica. joshsundquist.com 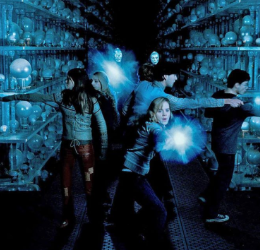 Harry Potter and the Order of the Phoenix in Concert
June 29. The Hollywood Bowl Orchestra accompanies Harry Potter as he searches for the secret behind his terrible nightmares. Sarah Hicks conducts. 8 p.m. See website for ticket prices. 2301 N. Highland Ave., Hollywood, 323.850.2000. hollywoodbowl.com

Hello Kitty 45th Anniversary Group Show
June 29. To celebrate one of the most beloved Japanese cartoon icons, Hello Kitty, over 100 artists have paid homage in this super-cute exhibition at the the Corey Helford Gallery, with art mediums and styles ranging from oil paintings to modern interpretations. While the exhibition will run through Aug. 3, those present on opening night are in for several surprises, including the chance to purchase limited-edition prints of select artwork created for the 45th anniversary. 7-11 p.m. 571 S. Anderson St., downtown. coreyhelfordgallery.com