56°F
You are at:Home»Blog»Top San Diego Things to Do in April 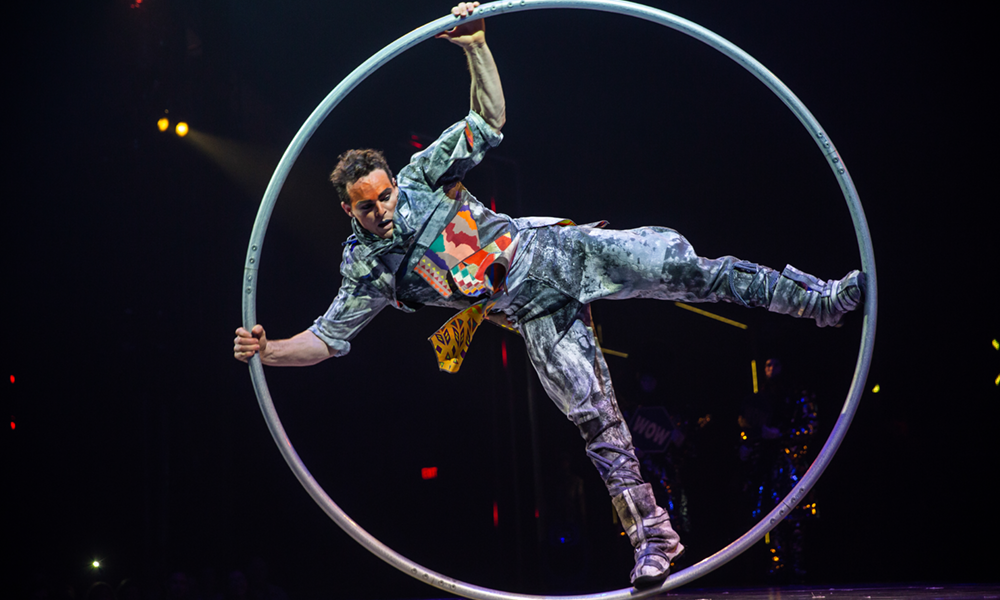 The illustrious Cirque du Soleil enters the world of street sports with its newest production.

EarthFair, Mission Federal Art Walk, Taste of Hillcrest, Cats and more fun things to do are on tap this month. Here are the top 30+ San Diego things to do in April.

Cirque du Soleil Volta
Opens April 3. Cirque du Soleil tackles the worlds of BMX, street sports and acrobatics in this high-octane production. Riders will jump boxes, perform air tricks, leap off ramps, and crisscross and spin their bikes midair. Driven by a stirring score and inspired by the adventurous spirit that fuels the culture of street sports, at its heart, Volta is a story of transformation, which comes to life with a steep ever-evolving stage. See website for show times and ticket prices. Del Mar Fairgrounds, 2260 Jimmy Durante Blvd., Del Mar. cirquedusoleil.com

Kansas
April 4. America’s preeminent progressive rock band stops in San Diego to celebrate the 40th anniversary of its hit album Point of Know Return. The tour showcases more than two hours of classic Kansas music including hit songs, deep cuts and fan favorites, and for the first time in history, the band will perform the album in its entirety. 8 p.m. $49.50+. Balboa Theatre, 868 Fourth Ave., downtown, 619-570-1100. sandiegotheatres.org

Petal To Plate
April 4-14. Carlsbad turns its focus to all things floral during this 10-day festival celebrating the peak bloom of the ranunculus at the Carlsbad Flower Fields. Tour the fields and enjoy the delights of spring with floral-inspired creations at multiple venues throughout the city including resorts, spas, restaurants and breweries. Special events include a sunset wine tasting in the fields, picnics, basket-weaving workshops and more. See website for event details and participating business specials. Various locations. visitcarlsbad.com

Rooftop Cinema Club
Starts April 4. Enjoy a wide range of movies throughout the month under the San Diego sky. Films include recent releases like Bohemian Rhapsody and A Star Is Born as well as classic favorites like The Big Lebowski and Top Gun. Grab a cocktail or craft beer along with your popcorn at the concession stand before the movie starts or head over early for one of the Manchester Grand Hyatt’s on-site dining options like Top of the Hyatt lounge or Sally’s Fish House & Bar. 18+. $17 for a single lounge seat, $20 for a single lounge seat along with bottomless popcorn, and $24 for two people to share a double love seat with bottomless popcorn for both. Manchester Grand Hyatt, 1 Market Place, downtown. rooftopcinemaclub.com

They Promised Her the Moon
Opens April 6. This West Coast premiere tells the true story of Jerrie Cobb, a skilled aviator who trained at NASA to become an astronaut in 1960, and the many forces that kept her from reaching orbit despite rigorous physical and psychological testing. See website for show times and ticket prices. Donald and Darlene Shiley Stage at The Old Globe, 1363 Old Globe Way, Balboa Park, 619.234.5623. theoldglobe.org 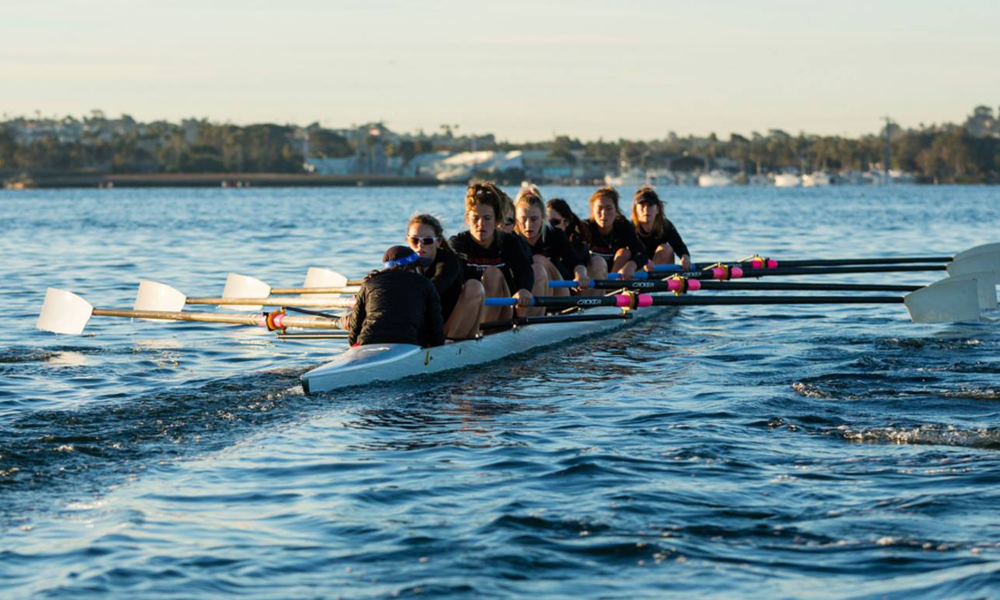 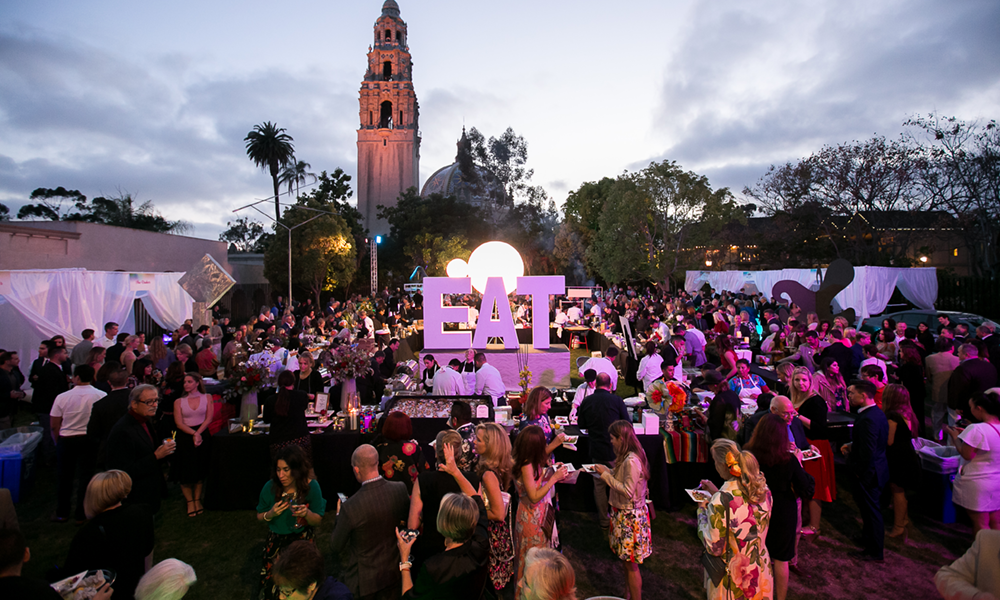 Picnic in the Flowers
April 11. Enjoy a warm, coastal sunset with a delicious picnic basket meal prepared by the culinary team at 20|Twenty Restaurant paired with a refreshing beer or a delicious glass of wine from the TapTruck amongst thousands of Tecolote Giant Ranunculus flowers during their peak bloom. Tickets include exclusive after-hours entrance to The Flower Fields. $65. 5:30-7:30 p.m. The Flower Fields, 5704 Paseo Del Norte, Carlsbad. Tickets

La Jolla Concours D’Elegance
April 12-14. You don’t have to be a car lover to enjoy three days of fun at this community auto show, including a Friday night social club; Saturday’s “Brake in the Village” sip, shop and stroll event; Night of Steampunk on Saturday; and the Concours on Sunday, which features more than 300 vehicles parked along the Pacific. La Jolla Cove, Ellen Browning Scripps Park, 1133 Coast Blvd., La Jolla. lajollaconcours.com

ArtFest
April 13-14. Celebrate the art of Asian horticulture with some of the finest regional artists displaying, selling and giving demonstrations of their craft. More than 35 artists will display their talents with the beautiful San Diego Botanic Garden as a backdrop. Plus, enjoy outstanding displays by the Ohara School of Ikebana, La Jolla Chapter and Bonsai and Beyond, live music and a gift shop full of garden-related gifts. Locally-sourced food will be offered by The Go Go Truck and hot, fresh coffee and treats will be available from Rush Coffee. 9 a.m.-5 p.m. Free with paid admission or membership. San Diego Botanic Garden, 230 Quail Gardens Drive, Encinitas, 760.436.3036. sdbgarden.org

San Diego Gay Men’s Chorus Presents Motown
April 13-14. You’ll be dancing in the aisles to all the hits from Motown superstars like Stevie Wonder, Diana Ross and The Supremes, Lionel Richie and Gladys Knight in this lively tribute. The group’s 200 singers and dancers will rock you with renditions of “Ain’t No Mountain High Enough,” “Midnight Train to Georgia,” and “Heatwave,” and bring a tear to your eye with powerful ballads like “What’s Going On” and Diana Ross’ first solo hit “Reach Out and Touch (Somebody’s Hand).” Sa 3 p.m. and 8 p.m., Sun 3 p.m. $27+. Balboa Theatre, 868 Fourth Ave., downtown, 619.570.1100. Tickets 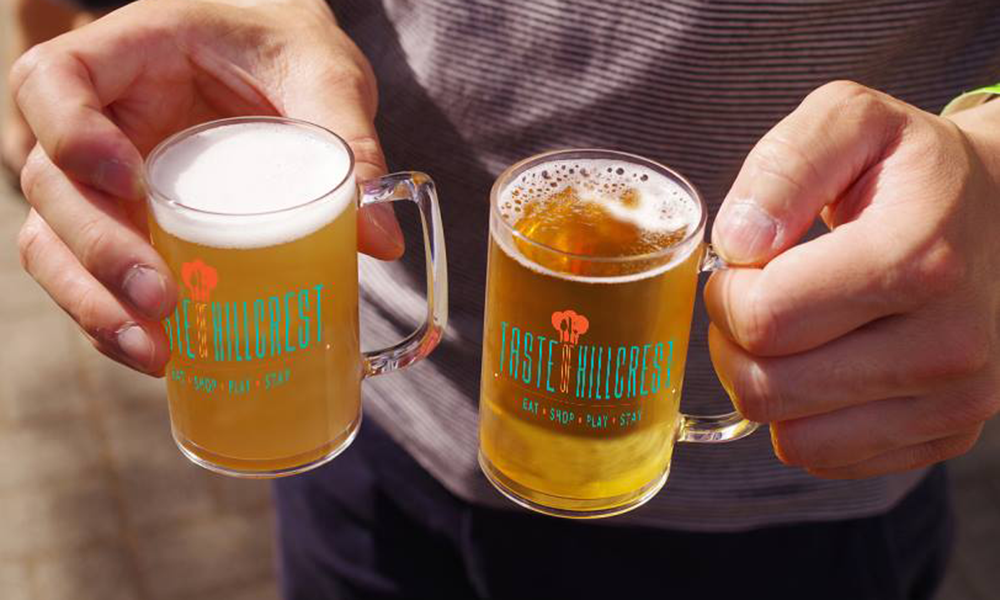 Explore San Diego’s most vibrant neighborhood by foot during this self-guided culinary tour on April 13.

Taste of Hillcrest
April 13. Hillcrest is known for its fabulous cuisines, and now, guests can stroll and sample through a self-guided culinary tour of the neighborhood with more than 35 participating restaurants and bars. Taste the eclectic neighborhood’s best dishes including Pad Thai, fresh sashimi, Italian antipasto and classic American comfort food. Must be over 21 to sample beers. $30 in advance, $35 day of. Noon-4 p.m. Check in at Rich’s San Diego, 1051 University Ave., Hillcrest. fabuloushillcrest.com

Fallbrook Avocado Festival
April 14. Head to the “Avocado Capital of the World” in northeast San Diego County to celebrate and eat the best of the crop. The festival includes avocado-themed gifts, guacamole contests, live music and entertainment, beer gardens and plenty of food to pair with the avocados. Downtown Fallbrook. fallbrookchamberofcommerce.org 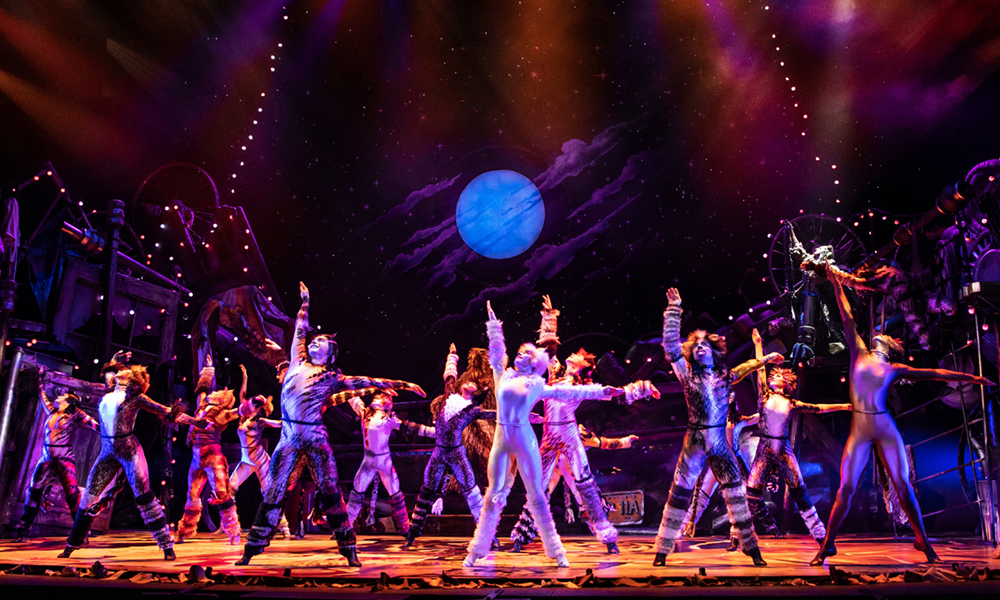 One of the most iconic musicals of all time has been reimagined with new costumes and high-tech lighting.

Cats
April 16-21. Andrew Lloyd Weber’s record-breaking musical about one magical night that an extraordinary tribe of cats gathers together for its annual ball to rejoice and decide which cat will be reborn has been reimagined for the next generation. With new costumes, staging and lighting effects, Cats features the original score, including one of the most treasured songs in all of musical theater history, ”Memory.”  See website for show times and ticket prices. San Diego Civic Theatre, 1100 Third Ave., downtown, 619.570.1100. sandiegotheatres.org

Sweat
Opens April 18. In this Pulitzer Prize-winning drama, the fragile bonds between a group of close friends begin to splinter when the layoffs shake up the factory where they work. With humor and tremendous heart, Sweat speaks directly to the unsettling changes in America. See website for show times and ticket prices. San Diego Rep, Lyceum Stage, 79 Horton Plaza, downtown, 619.544.1000. sdrep.org 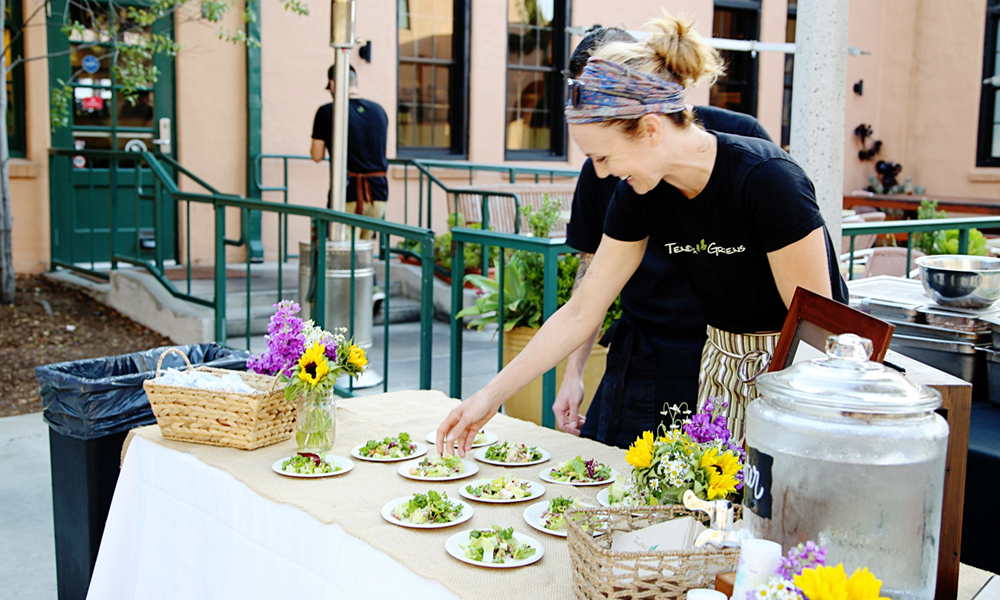 The “Liberty Pass” is a handy guide to this neighborhood exploration tasting event.

Taste of Liberty Station
April 24. Music, art, culture, drinks and food come together to showcase one of San Diego’s more burgeoning areas. Ticketholders can peruse Liberty Station’s corridors and promenades while enjoying pop-up entertainment as they stroll from restaurant to restaurant or from gallery to business. The “Liberty Pass”  map lists out all the participating businesses and their special offerings, making it simple to make the most of this experience. $30 advance, $40 day of. 5-9 p.m. Tickets can be exchanged for a Liberty Pass at locations in the South and North Promenade, Liberty Station. libertystation.com

La Jolla Half Marathon and Shores 5K
April 28. Kick-start your morning with a marathon course beginning at the Del Mar Fairgrounds that goes along the coast, through Torrey Pines State Park and finishes in Ellen Browning Scripps Park at La Jolla Cove. The 5K course is just as scenic, beginning near Scripps Pier and finishing at the same location as the half marathon. Start time for both races 6:30 a.m. $130 half marathon, $50 5K. Del Mar Fairgrounds, 2260 Jimmy Durante Blvd., Del Mar. inmotionevents.com