59°F
You are at:Home»Blog»Rooftop Cinema Club Returns to San Diego 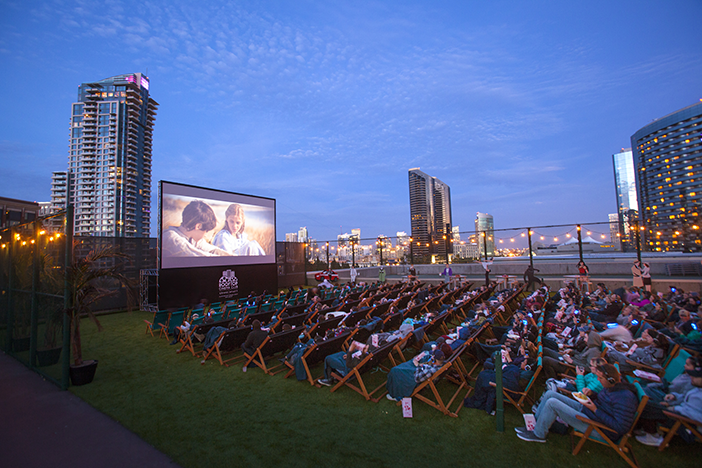 Catch the sunset alongside a film screening at the Rooftop Cinema Club.

Enjoy a wide range of films, from timeless classics to recent releases, while you sit back and relax. Grab a cocktail or craft beer along with your popcorn at the concession stand before the movie starts or stop by early for one of the Manchester Grand Hyatt’s on-site dining options like Top of the Hyatt lounge located on the 40th floor or Sally’s Fish House & Bar.

Doors open at 6:30 p.m. and movies begin around sunset.