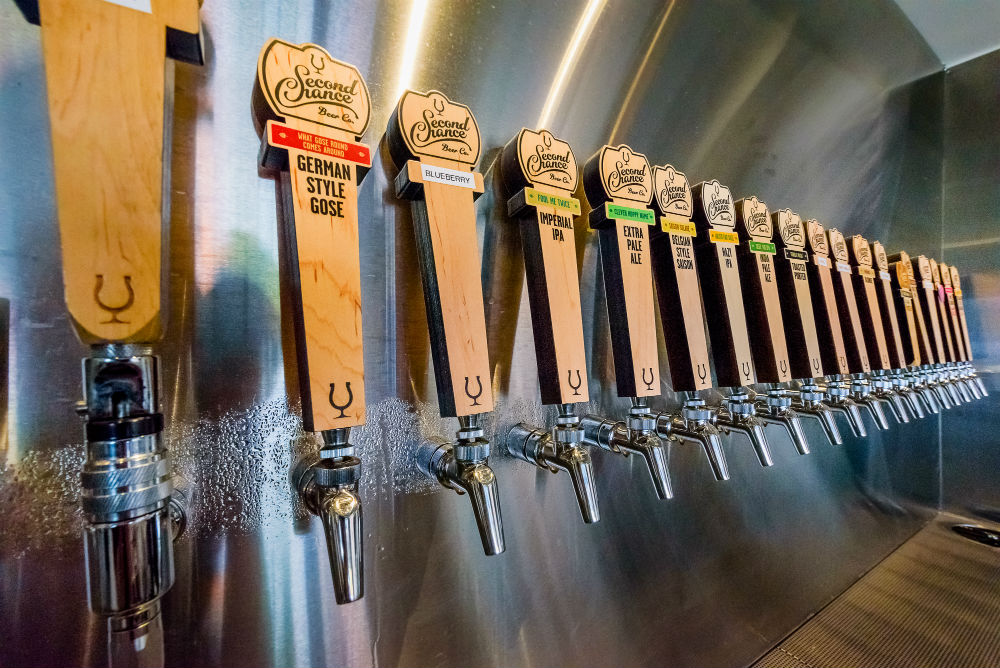 As the nation’s craft beer capital, San Diego is home to nearly 160 breweries and counting; plus dozens of tasting rooms and brewpubs. And a crop of new beer halls and haunts recently have opened to showcase the city’s best—inviting you to sip, savor and snack. We rounded up a few of our new favorites.

Parked at the north end of Little Italy, Black Swan Hospitality’s Nolita Hall is a European-style, elevated beer hall—spanning 13,000 square feet with soaring ceilings punctuated by a massive skylight; plus 13-foot floor-to-ceiling windows. Grab a seat at the bar or communal table for a pour from the draft list, which offers nearly two dozen locally brewed beers. We love the Mex Choc PB Stout from Belching Beaver Brewery. Or choose from more than a dozen beers by the can and bottle; craft cocktails; and elevated bar fare that includes gourmet pizzas, organic salads, sandwiches and mini “choco tacos” for dessert.

Find local and regional beers and diner-style comfort food at indoor/outdoor outpost Working Class in North Park. We like to sit at one of the picnic tables on their covered patio and order from their draft list, which is cleverly sectioned into “Easier Drinking,” “Hops, Hops, Hops,” “Malts,” “Fruity or Sour” and “Coming Soon.” Try the Bell’s Special Double Cream Stout malt or the Alaskan Amber alt-style ale to wash down the shrimp and cheddar grits on their dinner menu.

Downtown, Miramar-headquartered Duck Foot Brewing Co. has opened Duck Foot East Village—a 1,500-square-foot tasting room and restaurant with 16 taps. Known for its gluten-free beers and limited releases, it’s a brewery with a sense of humor, which shows up in such pours as its Drink This or The Bees Die honey ale and the supersized Duckzilla double white IPA. A boutique but creative and “mildly health-conscious” food menu by chef Stevan Novoa includes sticky short ribs, trout crudo, charcuterie and house-made hummus with pickled carrots.

In North County, local craft brewer Saint Archer Brewing Company has opened a new, 1,200-square-foot tasting room in Leucadia. The modern space is as adorable as its beer tasting flights, with light wood paneling, local artwork dotting the walls and a small bar with 30 taps. Be sure to taste-test the Coco Stout, Citra Session IPA and Mexican Lager. Bottoms up!