57°F
You are at:Home»Blog»Top San Diego Things to Do in February 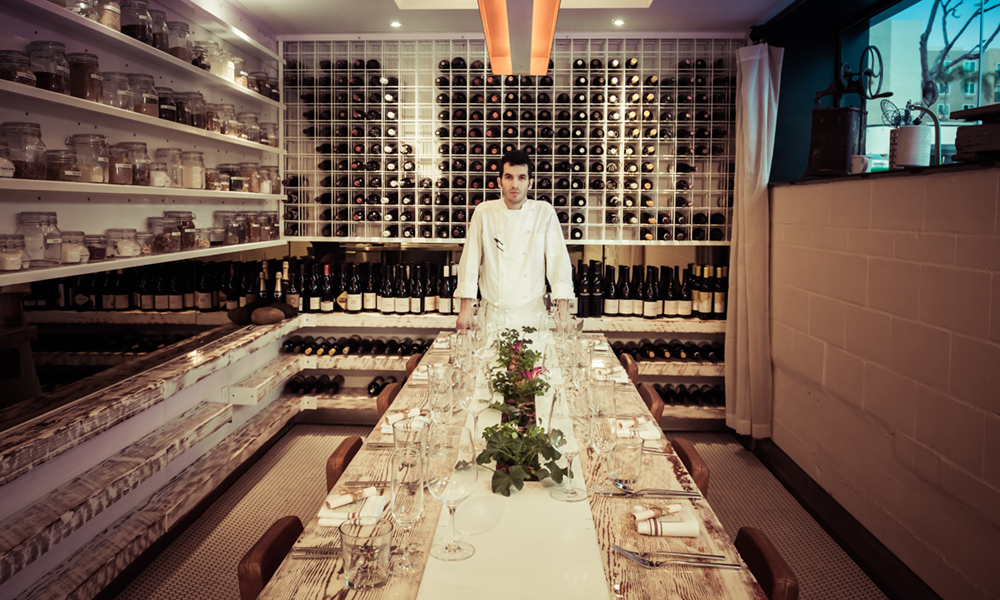 Film and improv festivals, world-premiere musicals, festive 5K runs and more fun things to do are on tap this month. Here are the top 30+ San Diego things to do in February.

Paint Your Pet
Feb. 2. Paint a one-of-a-kind portrait of your pet with help from local artist Paul Naylor in support of Museum of Man’s latest exhibit, Living with Animals. Supplies will be provided, just bring a photo of your pet for inspiration. 1:30-3:30 p.m. Free for museum members or with general admission. Museum of Man, 1350 El Prado, Balboa Park, 619.239.2001. museumofman.org

Rigoletto
Feb. 2, 5, 8, 10. You’ll recognize melody after melody in this tale of the lecherous Duke of Mantua who seduces wives and daughters while his hunchbacked jester, Rigoletto, adds insult to injury by ridiculing their husbands and fathers. Eventually, a furious father puts a curse on Rigoletto. When the Duke seduces Rigoletto’s young, innocent daughter Gilda, Rigoletto plots his revenge. The performance is sung in Italian with projected English translations. 7 p.m. except Feb. 10 at 2 p.m. San Diego Opera at Civic Theatre, 1100 Third Ave., downtown. sdopera.org

Black Film Fest
Through Feb. 3. Catch more than 100 films across all genres that celebrate African-American cinema at this annual event, which is one of the largest black film festivals in the country. The long weekend also includes opening day receptions, panel discussions, industry parties and a filmmaker’s breakfast. Check website for film list and event locations. 619.232.1913. sdbff.com 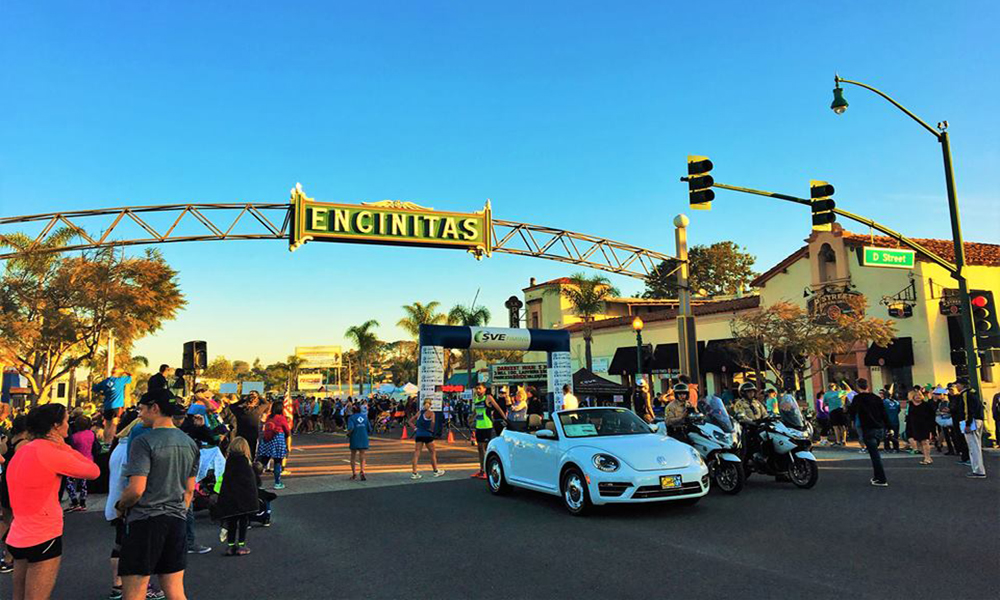 Catch a glimpse of Cardiff’s famous statue during this coastal race that begins and ends under the Encinitas sign.

Super Bowl Viewing Party
Feb. 3. Watch the big game on the biggest screens in San Diego inside the dine-in cinemas at Theatre Box. Ticket packages include reserved seats. A $15 ticket includes two beers and a tub of popcorn. A $25 ticket includes one beer, a tub of popcorn and a burger from Sugar Factory. Tickets for children 12 and under are $10 and include a tub of popcorn or bag of gourmet popcorn. The full menu of food and drinks will also be available for purchase. 3-7:30 p.m. 701 Fifth Ave., downtown. Tickets

San Diego Improv Festival
Feb. 7-10. Laugh your way through this yearly festival that features top improv talent from all over the nation. The festival includes professional workshops and performances from a selection of hand-picked improv teams from cities around the country. See website for show times and ticket prices. Tenth Avenue Arts Center, 930 Tenth Ave., downtown, 619.306.6047. finestcityimprov.com 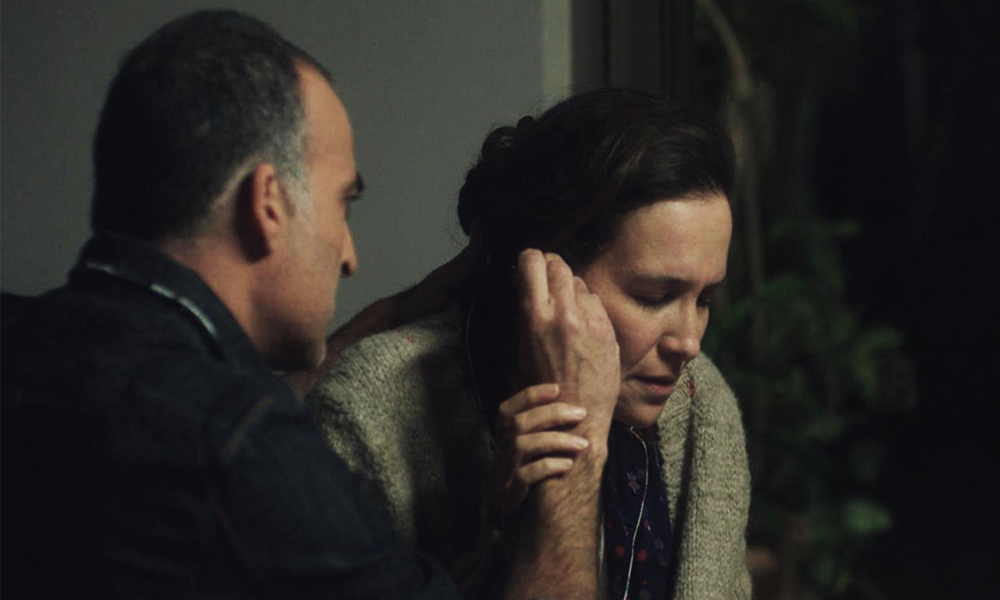 The powerful feature ‘Echo’ is available at Clairemont Reading Cinemas on Feb. 10 and 12.

Jurassic Park in Concert
Feb. 9. Experience one of the most thrilling science-fiction adventures of all time with the enhancement of sound performed by a live orchestra. The film will be projected in high definition while Scott Terrell conducts the San Diego Symphony through John Williams’ iconic score. 8 p.m. $28-$88. Copley Symphony Hall, 750 B St., downtown. sandiegosymphony.org

The PettyBreakers
Feb. 9. Pay tribute to the late Tom Petty with The PettyBreakers’ cover songs of Tom Petty and the Heartbreakers. Plus, Desperado plays all your favorite hits from The Eagles. 9 p.m. $19-$61.  Music Box, 1337 India St., Little Italy, 619.795.1337. musicboxsd.com

Somebody to Love
Feb. 14. Go on a multi-sensory journey at this mixed-media event that features the powerful music of Queen, with the visual element of dance. Renowned ballet dancer and San Diego local Kirsten Bloom Allen teams up with vocalist and America’s Got Talent finalist Brian Justin Crum to fuse music and dance into this special presentation to promote their unifying message on the official day of love. 7 p.m. $67-$100. Music Box, 1337 India St., Little Italy, 619.795.1337. musicboxsd.com

San Diego Theatre Week
Feb. 14-24. More than 30 San Diego performing arts organizations come together to promote and celebrate the vast array of performing arts in the city through a variety of special promotions. Tickets to participating performances will be offered at $15, $30 and $45 levels. Participating theaters include Point Loma Playhouse, National Comedy Theatre, Lyceum Theatre and many more. See website for show times and locations. sandiegotheatreweek.com

Stoplight Singles Mixer
Feb. 15. Mix and mingle with music and karaoke and get a jump start on finding next year’s Valentine. At check-in, sign up for a badge related to your relationship status: green for singles, yellow for anyone who thinks it’s complicated or red to signify you’re in a relationship. No matter what color you’re wearing, you can enjoy the music and drink specials. Free. Lafayette Hotel, 2223 El Cajon Blvd., North Park. lafayettehotelsd.com

Aubergine
Through Feb. 17. Get a real appreciation for the healing power of food as this unforgettable story of love and family unfolds around Ray, a gourmet chef who must prepare a secret family recipe to save his father, and his uncle who unexpectedly arrived from Korea. When words fail, a home-cooked meal transcends cultural differences and language barriers in this touching story of intergenerational connectedness and forgiveness. See website for show times and ticket prices. San Diego Repertory at Lyceum Theatre, 79 Horton Plaza, downtown, 619.544.1000. sdrep.org 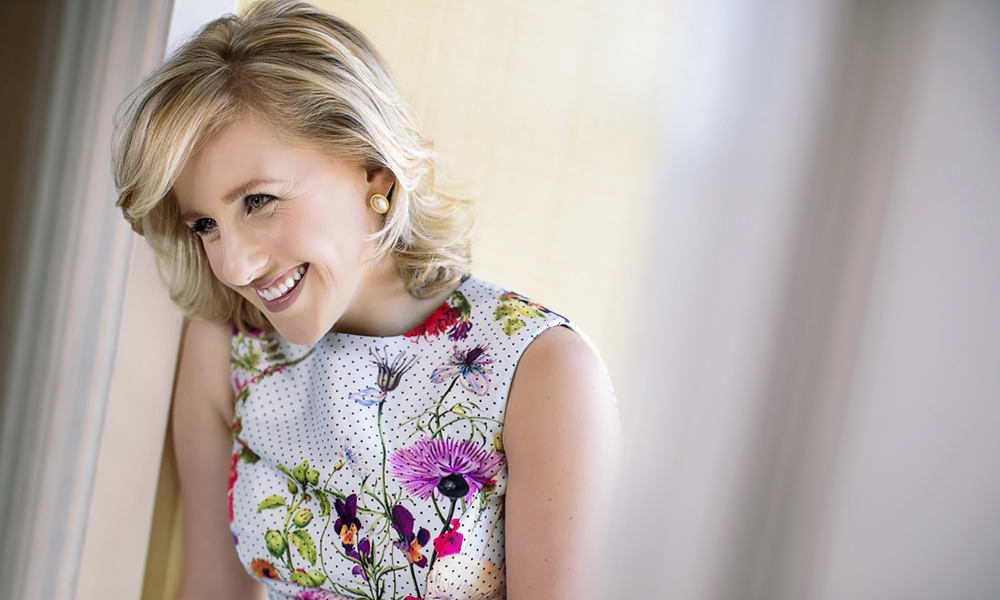 Diana
Opens Feb. 19. In 1981, an assistant kindergarten teacher married the Prince of Wales and, overnight, became the most famous woman in the world. But behind the fairy-tale romance, there was a troubled marriage and a young woman who struggled to find her voice. See website for show times and ticket prices. Mandell Weiss Forum at the La Jolla Playhouse, 2910 La Jolla Village Drive, La Jolla, 858.550.1010. lajollaplayhouse.org

Aladdin
Opens Feb. 20. From the producer of The Lion King, this thrilling new production is filled with magic, comedy and breathtaking spectacle, and features all your favorite songs from the Disney film along with new tunes. Broadway/San Diego, Civic Theatre, 1100 Third Ave., downtown, 619.570.1100. Tickets 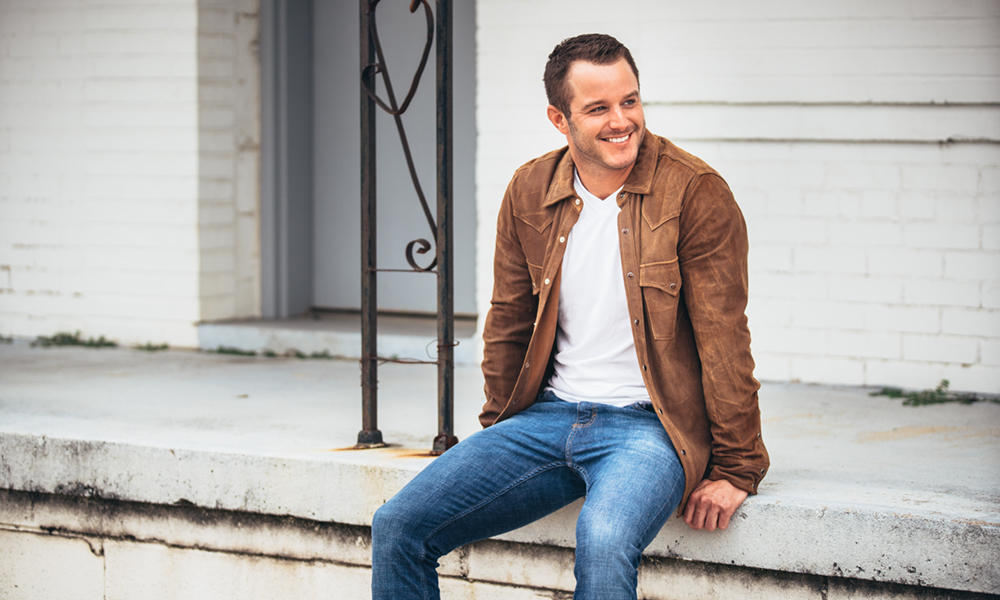 Moonshine Flats welcomes the “A Little More Country Than That” singer on Feb. 22.

Farm to Table Yoga Brunch
Feb. 23. Start the day with a beautiful all-levels vinyasa yoga practice in the center of Wild Willow Farm hosted by the yogis at Honey Yoga then roam the fields of the farm during an hour-long tour before dining al fresco on a locally sourced, farm-to-table brunch prepared by Chef Kathryn Rogers of Vivacious Dish with seasonal kombucha offerings from Bootstrap Kombucha. 9 a.m. $99. 2550 Sunset Ave., San Ysidro, 619.289.9802. Tickets

Aziz Ansari
Feb. 24. The former Parks and Recreation star and Modern Romance author is on the Road to Nowhere with this new standup special. Expect his signature wit to touch on life and love in the technological age. 7:30 and 10:30 p.m. See website for ticket prices. Copley Symphony Hall, 750 B St., downtown, 619.235.0804. copleysymphonyhall.com

Literary Tea at The Westgate
Feb. 24. Enjoy a three-course afternoon tea with Champagne in the company of author Christopher Castellani, who will be discussing his new book. Leading Men is an expansive yet intimate story of desire, artistic ambition, and fidelity, set in the glamorous literary and film circles of 1950s Italy. 2:30-5 p.m. $65. 1055 Second Ave., downtown, 619.238.1818. westgatehotel.com