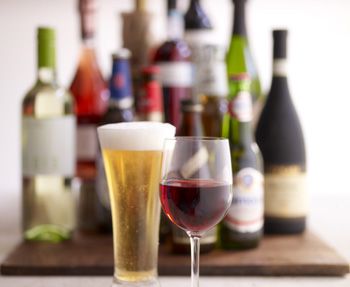 On the hunt for the latest and greatest in San Diego wine and beer? Never fear. As the undisputed beer capital of the U.S., San Diego continues to introduce new, envelope-pushing breweries and tasting rooms serving up both traditional and innovative beers that have the rest of the country paying attention. And our wine scene is making strides, too, with boutique wineries in urban settings and quaint new tasting rooms. Bottoms up!

Ballast Point Brewing Company
On the northern end of Little Italy, Ballast Point Brewing Company recently opened a sprawling tasting room with at least 30 craft brews on tap at all times, a bustling bar-scene ambiance and small kitchen serving sandwiches, salads and seafood. Try the potent Sea Monster Imperial Stout (at 10 percent ABV!), a hearty fusion of bittersweet chocolate and roasted coffee flavors, softened by un-malted barley and oats. Or go for the Sextant Oatmeal Stout or the Peaches and Cream, a golden ale infused with peaches.

Thorn Street Brewery
Nestled in a residential pocket of North Park, Thorn Street Brewery is a favorite among locals for its low-key vibe and diverse selection of craft brews made in-house. Menu hits include The Menace, a stiff Imperial IPA at 9.7 percent ABV; and the lighter Chilecabra pale ale, which gives off a little heat thanks to hand-infused chiles. A homey tasting room up front opens into a back patio with retractable roof overlooking the brewing area. And don’t miss a trip to the restroom; the unique sink makes for a fun photo op.

San Pasqual Winery
No need to travel to Temecula to go wine-tasting with the latest crop of urban wineries located within San Diego County. The owners of San Pasqual Winery, Mike and Linda McWilliams, recently opened a new winery location in downtown La Mesa, featuring around 15 selections. Favorites include its Summervine Habanero passion-fruit wine, which won Double Gold at the 2013 San Diego County Fair, and its 2010 Lake County Malbec, recently chosen as one of five wines to represent California at an international Malbec tasting in Cahors, France. An additional tasting room is located nearby in La Mesa.

San Diego Cellars
Back in Little Italy, the new San Diego Cellars winery and kitchen features premium wines such as its 2012 Paso Robles Albariño and 2009 San Diego County syrah; plus craft beers, flatbreads, salads and other light bites. The cozy, urban space unfolds into a charming back patio.