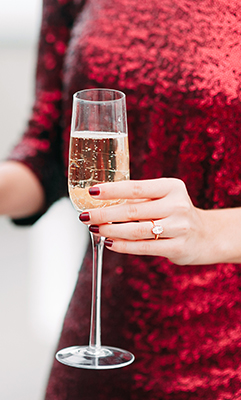 From museums to Mardi Gras, beer festivals to romantic cruises, February is a month to explore and discover America’s Finest City. Check out 30 of the best San Diego events this month.

Monster Energy AMA Supercross
Feb. 13. Watch 17 races around the motorcycle circuit at Petco Park as the best riders from around the globe seek to outrace and outmaneuver each other on the sport’s most challenging tracks. 6:30-10 p.m. Petco Park, 100 Park Blvd., East Village, 619.795.5555. sandiego.padres.mlb.com

Fiddler on the Roof
Feb. 5. Teyve, the milkman, tries to protect his daughters and his way of life from a changing world. He must cope with the strong-willed actions of his three older daughters, who wish to marry for love, while each one’s choice of a husband moves further away from the customs of his Jewish faith. Welk’s Resort, 8860 Lawrence Welk Dr., Escondido, 888.802.7469. welkresorts.com

Dancing with the Stars Live!
Feb. 8. The Dance All Night Tour features a bigger cast than ever before, pulling from some of the most memorable dance numbers on Dancing with the Stars as well as fresh, never-before-seen choreography. 7:30 p.m. Balboa Theatre, 868 Fourth Ave., Gaslamp Quarter, 619.570.1100. sandiegotheatres.org

Outside Mullingar
Through Feb. 14. From the Academy Award-winning writer of Moonstruck, this romantic comedy set in Ireland is a valentine to the wonder and weirdness of love. San Diego Repertory, Lyceum Theatre, 79 Horton Plaza, downtown, 619.544.10000. sdrep.org

When the Rain Stops Falling
Through Feb. 14. Alice Springs in the year 2039. A fish falls from the sky and lands at the feet of Gabriel York, and Gabriel knows something is wrong. Fifty years earlier, his grandfather predicted that fish would fall from the sky heralding a great flood which would end life on earth as we know it. Enjoy a multi-layered drama that spans four generations and two continents with patterns of betrayal, abandonment, destruction, forgiveness and love. Cygnet Theatre, 4040 Congress St., Old Town, 619.337.1525. cygnettheatre.com

Guards at the Taj
Feb. 2-28. In this black comedy, two hapless guards at the Taj Mahal are swept up by the beauty, carnage and injustice surrounding one of the most famous wonders of the world. La Jolla Playhouse, 2910 La Jolla Village Dr., La Jolla, 858.550.1010. lajollaplayhouse.org

Ragtime
Feb. 5-21. Enjoy seeing the stories of turn of the century America blend together, as an upper-class wife, a determined Jewish immigrant and a daring young Harlem musician unite by their desire and belief in a brighter tomorrow. Spreckels Theatre, 121 Broadway, downtown, 619.235.9500. sdmt.org

San Diego Opera: Tosca
Feb. 13-21. Step into the web of politics, police brutality, betrayal, jealousy and murder in Puccini’s blood-soaked Tosca. In Rome, the fiery and celebrated singer Floria Tosca has no idea that her life and that of the man she loves, will irrevocably change the very next day. San Diego Civic Theatre, 1100 Third Ave., downtown. sdopera.org

Now You See It
Feb. 24-March 20. Enjoy the U.S. premiere as the production Now You See It is fueled by jealousy bordering on paranoia, a philandering husband, hypnotism, a spurned lover and a scandalous discovery. North Coast Repertory Theatre, 987 Lomas Santa Fe Dr., Solana Beach, 858.481.1055. northcoastrep.org

Kip Moore & The Cadillac Three
Feb. 26. Country singer, Kip Moore, performs at the House of Blues, San Diego with The Cadillac Three. Kip Moore is best known for his debut album Up All Night and his new release Wild Ones as well as his hit singles “Young Love,” “Dirt Road,” and “Wild Ones.” 1055 Fifth Ave., Gaslamp Quarter, 619.299.2583. houseofblues.com