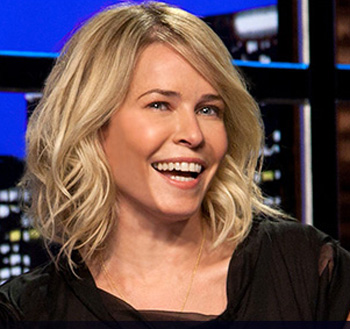 Don Quixote
April 5, 8, 11, 13. The eccentric knight pursues his impossible dream of capturing the heart of Dulcinea, who sends him on a quest to recover her stolen necklace. With his loyal sidekick Sancho, Don Quixnote tilts at giant windmills, confronts bandits and is nearly killed, but achieves his goal. However, when he returns with the prize, he is mocked, scorned and rejected. In one of the most emotional scenes in opera, the delirious Quixote dies believing he hears Dulcinea’s voice calling to him from a distant star. San Diego Opera, Civic Theatre, 1100 Third Ave., downtown. 619.570.1100. sdopera.com

San Diego Crew Classic Regatta
April 5-6. The country’s top competitive rowers gather at Mission Bay for a grueling competition, now in its 41st year. In addition to outstanding racing, the Crew Classic offers a festival atmosphere with music, a trade show, alumni tents and a kids’ zone.  You won’t miss a minute of the action thanks to a Jumbotron adjacent to the merchandise and alumni areas. Crown Point Shores, Mission Bay. crewclassic.org

Rob Thomas
April 6. With his distinct voice and songwriting prowess, Rob Thomas has garnered a string of accolades, both for his work as Matchbox Twenty’s front man and his solo career. In addition to his chart-topping hits such as “Lonely No More” and “This is How a Heart Breaks” and Matchbox Twenty hits like “Push,” “3AM,” “If You’re Gone” and “Bent,” Thomas also earned three Grammy Awards for “Smooth,” his smash collaboration with Santana and has contributed to sales of more than 80 million records. Humphreys Concerts by the Bay, 2241 Shelter Island Drive, Shelter Island. 619.224.3577. humphreysconcerts.com

Abba Mania
April 7. It has been more than 30 years since Abba last toured, but Abba Mania fills that void with this touching tribute. Originally from London’s West End, the show takes you back in time by recreating one of the world’s finest pop groups in a live performance that features all the Abba hits from “Dancing Queen” to “Mamma Mia” to “Winner Takes It All.” Belly Up Tavern, 143 S Cedros, Solana Beach. 858.481.8140. bellyup.com

Super Diamond
April 11-12. No one can deny the infectiousness of “Sweet Caroline.” While the real Neil Diamond isn’t always on tour, Super Diamond has you covered. Relive the best parts of the ‘80s with Surreal Neil and Super Diamond  at two back to back shows. Belly Up Tavern, 143 S Cedros, Solana Beach. 858.481.8140. bellyup.com

La Jolla Concours d’Elegance
April 11-13. An annual celebration of some of the finest classic automobiles in the world, this high-octane event includes a spectacular showcase of rare, fully restored cars and newer, exotic models. Featuring an array of more than 150 cars and a tribute to the art of restoration, this year’s event also includes a book signing, a motor tour, and an evening reception. 10 a.m.-4 p.m. $40+. Ellen Browning Scripps Park, 1180 Coast Boulevard, La Jolla Cove. 760.459.5335. lajollaconcours.com

College Area Taste
April 14. Tempt your taste buds with delectable delights from more than 20 restaurants at this fourth annual event. Sample cuisines from around the globe from perfect pastas to all-American favorites to Asian delights while you adventure through College Area at your own pace, or hop on one of the Old Town Trolleys available for shuttle service. Participating restaurants include 4.0 Deli, Bistro Sixty, Cucina Fresca and the Living Room Café. 11 a.m.-3 p.m. $25-30. collegeareabid.com

Chelsea Handler
April 25. Touring to support the release of her latest book, Uganda Be Kidding Me, Chelsea Handler is one of the most successful women in the entertainment industry with credits in comedy, acting and writing. She was honored as one of Glamour Magazine’s 2011 “Women of the Year” and was featured in TIME Magazine’s annual “TIME 100″ Portfolio. Civic Theatre, 1100 Third Ave., downtown. 619.570.1100. sandiegotheatres.org

La Jolla Half Marathon
Apr. 28. This celebrated race runs down the coast from Del Mar to a scenic finish at beautiful La Jolla Cove. Runners can celebrate their finish with post-race food and drink, including a beer garden for participants over age 21 with proper ID. The competitive event has a three-hour time limit, but also includes a 5k. 7:30 a.m. La Jolla. lajollahalfmarathon.com

Time And The Conways
Through May 4. The play begins in 1919 inside an English country home where the young Conway family is playing games at a birthday party with friends. Flash forward to 1937 in the same house: The grown children have gathered to settle family accounts in a world not so bright as it once was. Shiley Stage at the Old Globe, 1363 Old Globe Way, Balboa Park. 619.234.5623. theoldglobe.org

Anza-Borrego Wildflowers
Through April 30. When the weather is warm, a visit to Anza-Borrego Desert State Park to hike the Palm Canyon Trail and see the spring wildflowers in full bloom makes for a lovely day trip. One of the nation’s largest state parks, the 600,000-acre Anza-Borrego Desert features 500 miles of dirt roads, 110 miles of hiking trails, washes, palm groves, cacti and sweeping vistas. For information on self-guided tours and other local information, stop by the visitor center, located east of Borrego Springs on Palm Canyon Drive. 200 Palm Canyon Drive, Borrego Springs, 760.767.5311. parks.ca.gov

Carlsbad Flower Fields
Through May. Fifty acres of extraordinary color bloom on a hillside overlooking the Pacific Ocean. While basking in the breathtaking colors, walk rose gardens, take an antique tractor ride and immerse yourself in nature—there’s even a living maze made of sweet pea blossoms. Be sure to check the website for exciting events and festivals throughout the season. Interstate 5 at Palomar Airport Road, Carlsbad. 760.431.0352. theflowerfields.com