Find the Best San Diego Things To Do In June 2014 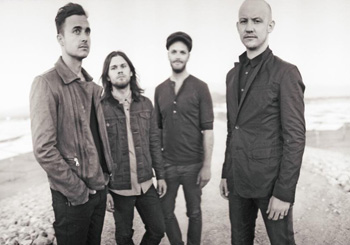 Rock ‘n’ Roll Marathon
June 1. Rock out during this 26.2-mile trek that features live music lining the streets, cheer squads and a huge post-marathon concert. The race route includes more than nine miles of San Diego’s scenic waterfront and a stretch through Petco Park. The post-race concert at the finish line is open to the public. runrocknroll.competitor.com

The Book of Mormon
Through June 8. From the creators of South Park, experience the religious satire musical that everyone’s raving about. The Broadway hit is also the winner of nine Tony Awards, including Best Musical. Contains explicit language. Broadway/San Diego, Civic Theatre, 1100 Third Ave., downtown. 619.570.1100. sandiegotheatres.org

The Fray
June 10. The Denver-based quartet responsible for such hits as “Heartbeat,” “How to Save a Life” and “Over My Head” has been striking a chord with audiences for more than a decade. Growing to success from grassroots exposure, The Fray was one of the most licensed bands of 2006, has earned numerous awards and recognitions, and has been streamed more than 16 million times. The band’s fourth album, “Helios,” dropped in December. Open Air Theatre at SDSU, 5500 Campanile Drive, San Diego. 619.594.0429. thefray.com

San Diego International Beer Festival
June 20-22. Hundreds of handcrafted beers from dozens of international breweries are featured at this eighth annual event. The competition will crown a Champion Brewery in addition to the Best of Show Beer. The Champion Brewery will be awarded based on points earned for beers entered in the judging. Del Mar Fairgrounds, 2260 Jimmy Durante Blvd., Del Mar. 858.755.1161. sdfair.com

The Motherf**Ker With The Hat
Through June 22. A dysfunctional love story set in New York’s mean streets, this hilarious and irreverent Broadway hit is a surprising examination of acceptance, loyalty and love. Recently sprung from prison, Jackie has an AA sponsor and is back with Veronica, the love of his life since eighth grade. The problem is, Veronica can’t shake her drug habit, and she refuses to answer when he asks about “the man hat that ain’t my hat” on their bedside table. Cygnet Theatre in Old Town, 4040 Twiggs St., Old Town. 619.337.1525. cygnettheatre.com

Summer Shakespeare Festival: Othello
June 22-July 27. For the first production in the Summer Shakespeare Festival, The Old Globe presents Othello, the classic tragedy filled with rumors and deceit. When general Othello marries Desdemona, his envious lieutenant Iago sets in motion a diabolical plan to destroy him in one of Shakespeare’s greatest tragedies. Rumor has it Blair Underwood will star in the title role! Old Globe Festival Theatre, 1363 Old Globe Way, Balboa Park. 619.234.5623. theoldglobe.org