You are at:Home»Cool Things to do in Los Angeles

My Top Three Cool Things to do in Los Angeles

Looking for cool things to do in Los Angeles? So I wasn’t born and raised in LA, but having lived here for over eight years has given me a good sense of what’s really worth doing (as opposed to all the things that get hyped up to unreasonable proportions because they seem like LA bucket list essentials!). The first of those cool things to do in LA: take a stroll up and down Abbott Kinney, located in historic Venice Beach. Second on tap: hike to Griffith Park Observatory (accessible by Los Feliz Blvd) and take in the view. Third: hit Korea Town for some authentic BBQ in a town with the second largest Korean population outside of Korea! Since LA has some of the best museums, coolest nightclubs, and absolutely fabulous dining, it’s hard to narrow it down, but we’ve all got to start somewhere.

Think Outside the Box: Jazzy Happenings in Los Angeles

The most important thing about finding cool things to do in Los Angeles is learning to avoid thinking like a tourist. Better to think like a historian, or for all those movie lovers, thinking like a location scout could afford you with an authentic tour of Hollywood without having to board a double decker bus. One of the greatest things about the Internet is that fun facts (ie: where all the scenes in the movie Chinatown were shot) are at your fingertips. Get creative about what inspires you and before long, you’ll find that Los Angeles has lots of gems just waiting to be re-discovered.

The Definition of Cool: LA Chill Out Activities

Go. Go. Go. Laundry, bills, dishes, work, cook, clean, pick-ups, drop-offs, birthday parties, cocktail parties, an endless list of emails still to write. Sometimes the best things to do are all about finding ways to un-do the stress of everyday. In LA the hustle is practically the city’s heartbeat, but luckily there are ways to unwind with cool happenings in LA, specifically geared towards relaxing. If you’ve ever wanted to try acupuncture but aren’t sure if your insurance covers it, check out the acupuncture school on De Soto in downtown LA that offers accredited treatment for a steal.

I am not a cool person. I have rituals that involve unnecessary repetition and seemingly meaningless logic. When I decide to do something other than work (which also excludes any activity that can be directly related to work, including socializing), it takes a lot to actually make the thing happen. However, I’ve recently discovered some new cool things to do in Los Angeles: attending talks at public libraries. The talks are very often interesting. When they’re not, I wander to the DVD section and rent a movie with my library card, which always feels like I’m getting something for free (because I am).

Underrated Yet Popular in Los Angeles 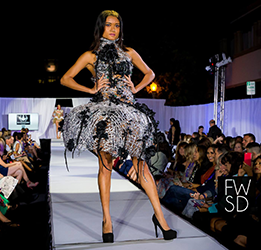 No, we’re not talking about people, we are referring to the most popular places to visit in Los Angeles which may be overlooked by visitors. Sure, we’ve mentioned a few already up above but let’s narrow it down to the spots which locals refer to as “that’s so L.A.!” And for starters, we will not include Los Angeles tourist spots on this list, this is more of the everyday L.A activities. If you’re in Hollywood, avoid the tourist traps and crowded sidewalks at the Hollywood Walk of Fame and head south instead to Amoeba Music. From new and used CDs, DVDs, books, vinyls and movie posters, this is the mecca of pop culture in L.A., present and past in music and entertainment history. Yes, they still have album signings with music artists, live performances almost everyday and cool stuff to gift your family and friends.

As you can already tell, cool things to do in L.A. can take loads of time, because it’s so spread out. Thus, plan accordingly! Next on our list is the Downtown L.A. fashion scene. That’s right, we’re talking about the Santee Alleys. Everyone in Los Angeles shops here at some point in their life, whether you’re parents brought you here as a child during their holiday shopping or you drove past it once and couldn’t resist the bacon hot dogs cooking up a storm. This underrated yet popular place in L.A. does get crowded on weekends, so aim for a slow weekday visit.