69°F
You are at:Home»Blog»Top San Diego Things to do in February 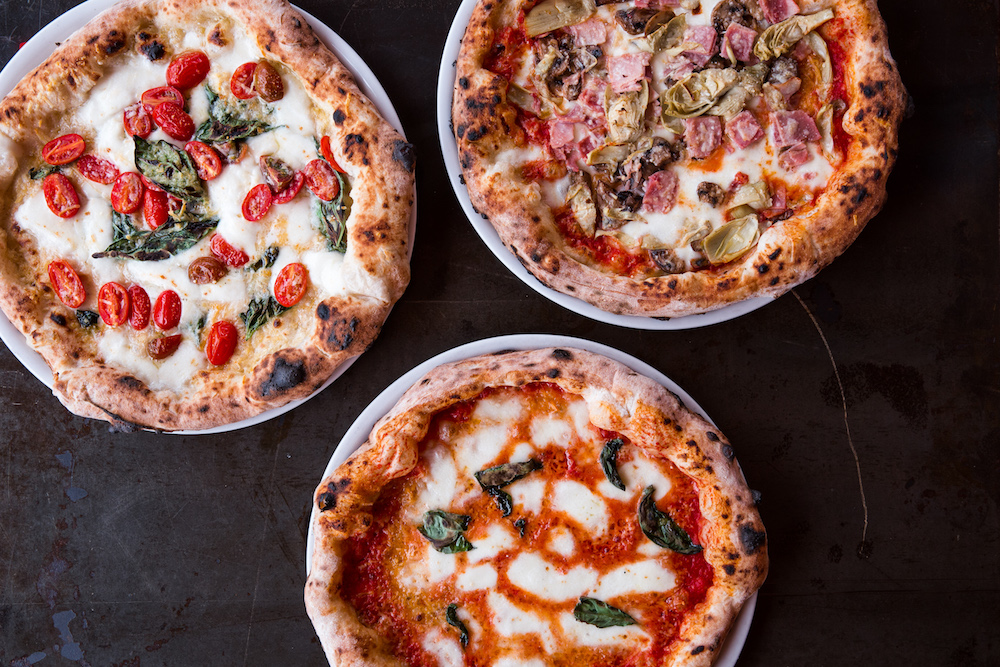 San Diego Museum Month, Valentine’s Day, Fly and more. Here are the top 30+ San Diego things to do in February.

The Humans at San Diego Repertory Theatre
Through Feb. 2. Erik Blake has brought his family from Pennsylvania to celebrate Thanksgiving at his daughter’s new apartment in lower Manhattan. As darkness falls outside the ramshackle, pre-war duplex, eerie things start to go bump in the night. Soon, family tensions reach a boiling point. Playwright Stephen Karam takes a look at the hopes and heartbreaks of the modern American family in this uproariously funny and deeply chilling drama. Winner of the 2016 Tony Award for Best Play. Through February 2. 79 Horton Plaza, Gaslamp. sdrep.org

Gravity Heights One Year Anniversary Super Bowl Party
Feb. 2. Gravity Heights will celebrate turning one with a 1 Year Anniversary Super Bowl Party. There will be tailgating in the front lot, and the game playing on multiple large screens. Guests can bring the entire family and order from the grill – a choice of burgers, hot dogs or brisket with sides for $10 – hang out in the beer garden, or dine off their regular menu. They’ll even have a bounce house for the little ones. Gravity Heights’ brew team will also be unveiling their anniversary beer, One More Trip. Brunch starts at 10 a.m.; Super Bowl menu at 3 p.m. 9920 Pacific Heights Blvd, San Diego. gravityheights.com

Toast Gastrobrunch 1st Anniversary Party
Feb. 4. Don’t miss Toast Gastrobrunch’s one year anniversary! In celebration, Toast will be offering $1 pancakes all day on most of their specialty pancakes. Choose from Kodiak Cakes, made with 100% whole grain and topped with walnuts and fresh banana; Red Velvet Cakes, topped with cream cheese frosting, cocoa and powdered sugar; and many more. Pair a pancake with their brand-new bottomless mimosa offering to make the celebration even better. 5970 Avenida Encinas, Carlsbad. toastgastrobrunch.com 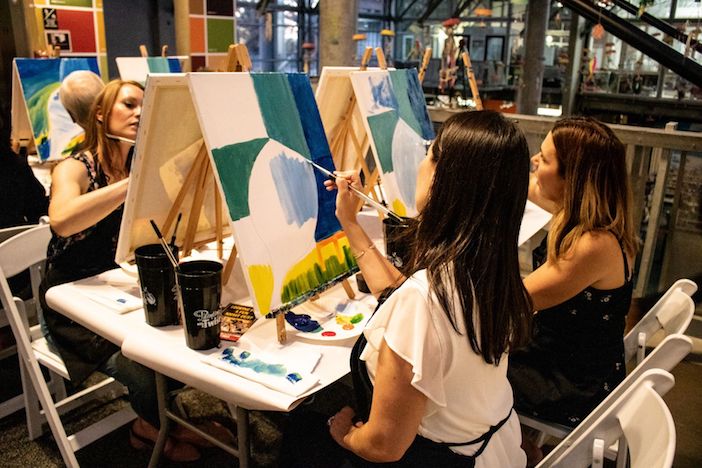 Wine + Paint Night at the New Children’s Museum
Feb. 5. Gather your friends and enjoy an evening of painting while sipping on wine at The New Children’s Museum second Wine + Paint Night. Participants will enjoy complimentary wine, snacks and a step-by-step painting demonstration inspired by Valentine’s Day and one of the museum’s newest installations, Whammock!. Must be 21+ to participate. $40 for members, $45 for non-members. Tickets

Hurricane Diane
Premieres Feb. 8. This unconventional new comedy from Pulitzer Prize finalist Madeleine George sees the Greek god Dionysus return to the modern world disguised as the butch gardener Diane, whose secret mission is to seduce mortal followers and restore the earth to its natural state. Where better to begin than with four real housewives from New Jersey? The New York Times cheered Hurricane Diane as an “astonishing new play,” and New York magazine hailed it as “hilarious and full of keen observation and profound human affection.” Through March 8. The Old Globe, 1363 Old Globe Way, Balboa Park. Tickets

Cardiff Kook Run
Feb. 9. Run along the Pacific Ocean with wind, waves and friends on this scenic route that passes by the famout “Cardiff Kook” statue. Participants will start and finish under the iconic “Encinitas” sign on Coast Highway 101. See website for start times and race prices.  505 S. Coast Hwy. 101, Encinitas. cardiffkookrun.com

Valentine’s Cookie Decorating Party at 619 Spirits Distillery & Tasting Room
Feb. 11. Enjoy a Valentine’s Cookie Decorating Party at North Park’s award-winning distillery and tasting room. Terri Fry of @donetoatte will be hosting a “Kiss These Lips Event” where she will guide guests step by step on how to decorate your lips on a stick cookie, while sipping on a specialty cocktail from 619 Spirits. Tickets include a specialty cocktail, the cookie and all the decorations and props, and cute photo opps. There will also be prizes for best cookie. $32. 7-8 p.m. 3015 Lincoln Avenue, North Park. Tickets

Pizza Class at Buona Forchetta
Feb. 11. Learn the history of pizza, make the dough from scratch, and get ready to get your hands dirty. Taste a selection of Venissimo cheese along with 4-5 different Italian wines, while listening to experts talk in-depth about each wine and cheese. Guests will be able to learn how to spread the dough with their own hands, choose their toppings and create their very own pizza. $95. 1:30-4:30. Officine Buona Forchetta, 2865 Sims Road, Liberty Station. Tickets 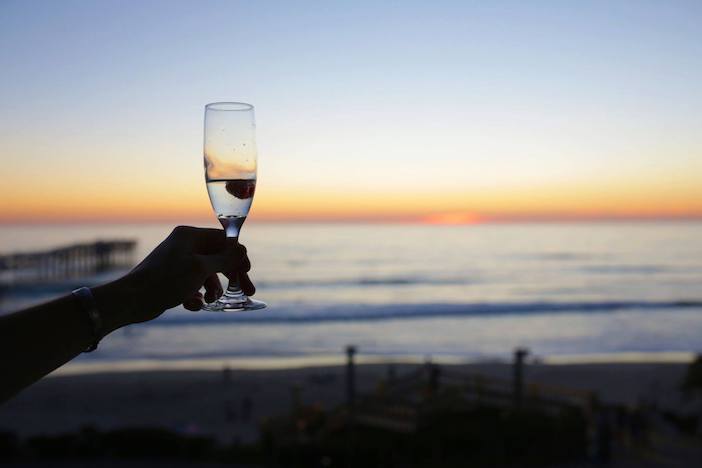 Domaine Chandon Valentine’s Tasting at JRDN
Feb. 13. Kick off the long weekend early with Domaine Chandon on JRDN’s sunset patio. Guests will sip on five to six tastings of sparkling wine paired with small bites prepared by Executive Chef David Warner. One of the first French-owned sparkling wine ventures in the U.S., Domaine Chandon is highly remarked as producing some of the best sparkling wines in Napa Valley. 6-8 p.m. $40 per person. 723 Felspar Street, Pacific Beach. t23hotel.com

San Diego Jewish Film Festival
Feb. 13-23. The 30th annual film festival explores Jewish experiences through a slew of shorts, documentaries and feature films. The event will span over the course of 11 days, at five different venues and will feature 35 films from 13 countries. See website for different pass options and additional information. sdcjc.org

San Diego Theatre Week
Feb. 13-23. More than 30 San Diego performing arts organizations come together to promote and celebrate the vast array of performing arts in the city through a variety of special promotions. Tickets to participating performances will be offered at $15, $30 and $45 levels. Participating theaters Lamb’s Players Theatre, Cygnet Theatre, New Village Arts and many more. See website for showtimes and locations. sandiegotheatreweek.com 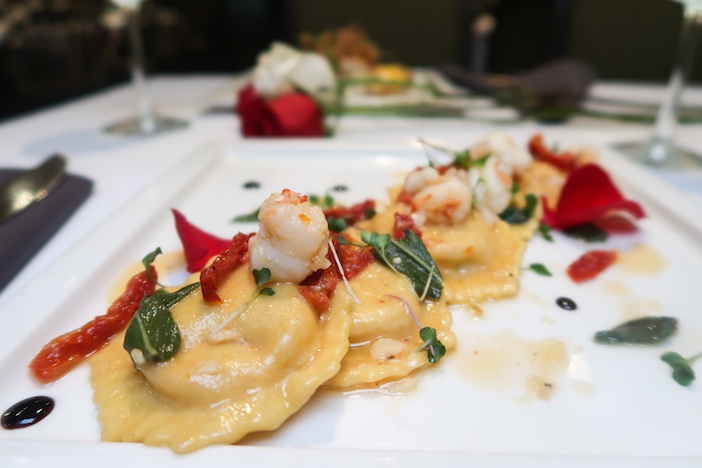 Valentine’s Day at the Catamaran Resort & Spa
Feb. 14. Indulge in Oceana Coastal Kitchen’s three-course Valentine’s Day dinner this Valentine’s Day. Couples will be greeted with a complimentary rose and glass of champagne and will get to enjoy unbeatable views of Mission Bay. Guests will have the choice of entrees such as the herb-crusted rack of lamb or beet caramelle pasta, followed by Grand Marnier crème brûlèe for dessert. $65. 5:30 p.m.-11 p.m. 3999 Mission Boulevard, Mission Bay, 858.488.1081. catamaranresort.com 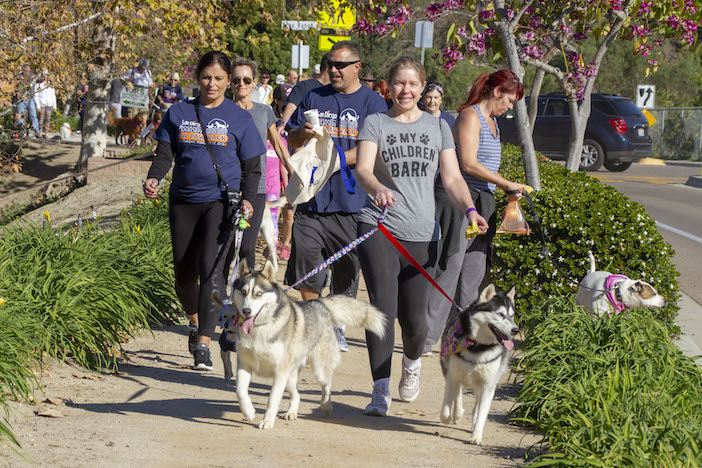 5K Paw Walk in the Garden.

5K Paw Walk in the Garden
Feb. 15. Don’t miss the one day of the year that furry friends are allowed in the Garden! San Diego Botanic Garden is once again partnering with Rancho Coastal Humane Society for the 8th Annual 5K Paw Walk in the Garden. Both organizations benefit from this great event, where dogs and their human friends follow a scenic route through the 37-acre garden.  8 a.m. – noon. San Diego Botanic Garden, 230 Quail Gardens Dr, Encinitas. Register

The Great Leap
Through Feb. 16. When an American basketball team travels to Beijing for an exhibition game in 1989, the drama goes deeper than the strain between countries. For two men with a past and one teen with a future, the game is a chance to claim personal victories on and off the court. Tensions rise right up to the final buzzer as a pivotal moment in history collides with the action in the arena. Sharp-witted and weighty, this perceptive new play explores the cultural and political risks of raising your voice and standing your ground. Cygnet Theatre, 4040 Twiggs St., Old Town. cygnettheatre.com

Fly
Premieres Feb. 18. Two major Tony Award-winning Broadway veterans team up with two of the most exciting writers in American theatre today to bring a cherished tale into the present. Wendy’s life is about to change forever when she meets a boy named Peter, a pirate named Hook, and a beguiling, beautiful Crocodile, who’s much more than meets the eye. In this thrilling, funny, dangerous look at J.M. Barrie’s novel Peter and Wendy, a whole new Neverland comes to life. Through March 29. La Jolla Playhouse, 2910 La Jolla Village Drive, La Jolla. Tickets

The Smoking Goat Turns Ten
Feb. 19. The beloved North Park restaurant will celebrate ten years in business this February. To celebrate the occasion, the restaurant will be hosting a celebration on February 19, the day it opened its doors ten years ago. The evening will include a three-course meal for $40, festive décor throughout the restaurant and complimentary birthday sweets and a glass of champagne for all guests. Reservations recommended. The Smoking Goat, 3408 30th St, North Park. thesmokinggoatrestaurant.com

Mardi Gras Beads, Bites, and Booze Tour
Feb. 22. Head to the Gaslamp Quarter for a tantalizing tasting event with a New Orleans touch. Tickets will include twenty Mardi Gras-inspired bites, twenty carnival cocktail sips and beads at every stop. Be sure to collect 10 beads along the way to gain access to the exclusive VIP after-party. $25+. 1 – 5 p.m. 656 Fifth Ave, Gaslamp. Tickets 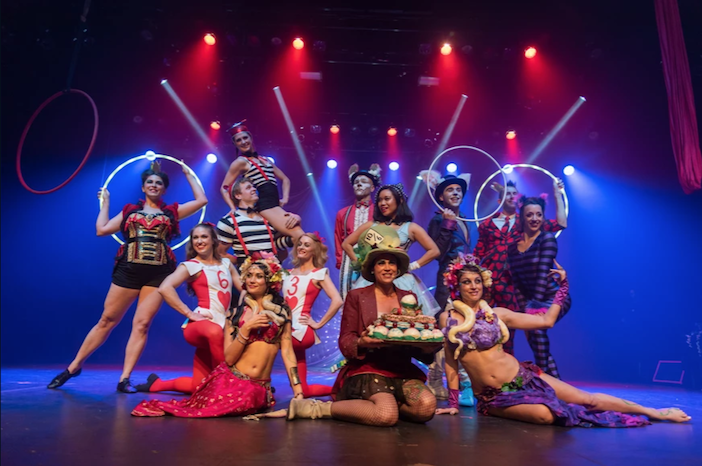 The Mad Hatter’s Ball at The Observatory North Park.