70°F
You are at:Home»Blog»Top San Diego Things to Do in January 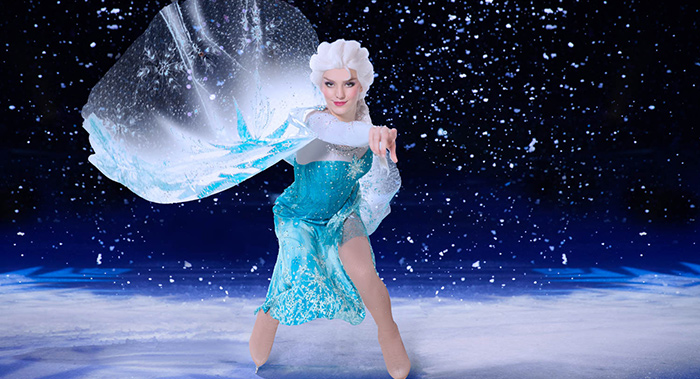 Enter a fantastical winter wonderland with Disney on Ice.

From restaurant week, festivals, performances and more; find the best San Diego things to do in January 2017 in our events roundup.

New Year’s Day Polar Bear Swim
Jan. 1. Some will come to swim and others just to dip their big toe in the big blue (without turning blue), but all should come to share in the joy of the new year and the warmth of good friends, fellow swimmers and great potluck food. Cider and coffee is provided. 10 a.m. start. La Jolla Shores. lajollacoveswimclub.com

Beau Jest
Jan 6-Feb 12. Sarah’s parents are delighted she is engaged to a charming doctor. Only thing is, she’s not. When they arrive in town for a dinner party, she hires an actor to keep the fiction alive—hilarity and romance ensue in this riveting production. Lamb’s Players Theatre, 1142 Orange Ave., Coronado, 619.437.6000. lambsplayers.org

Masters of Illusion
Jan. 6, 13. Experience a night full of magic, excitement, mystery and suspense with four stars of the hit CW TV series Masters of Illusion. Watch as they perform their best illusions in front of a live audience, without assistance from camera or computer gimmickry. $65. 9 p.m. 777 Harrah’s Rincon Way, Valley Center. 760.751.3100. harrahssocal.com

Our American Music: Free Community Concert
Jan 7. This exciting concert, headlined by the San Diego Symphony, features musical highlights of works that will be performed throughout January as part of “Our American Music,” a month-long exploration of music made in America. Iconic pieces by composers like Aaron Copland, Leonard Bernstein and George Gershwin will be performed along with some musical surprises. 8 p.m. Copley Symphony Hall, 750 B St., downtown. 619.235.0804. sandiegosymphony.org

San Diego Resolution Run 15K & 5K
Jan. 7.  Are you ready to keep your New Year’s resolution to exercise regularly? You can begin with this event that offers adult 5K and 15K run/walks plus youth races and a stroller strut run. 6:30 a.m. Start/Finish at 1590 E. Mission Bay Drive 619.269.7047. sandyfeetevents.com

Our Great Tchaikovsky
Jan. 12-Feb. 12. Hershey Felder takes audiences on a time-bending journey exploring the mystery around some of the greatest music ever composed by one of the greatest composers of all time: Piotr Ilyich Tchaikovsky. San Diego Rep, Lyceum Theatre, 79 Horton Plaza, downtown, 619.544.1000. sdrep.org

Rosanne Cash
Jan. 12. Singer and songwriter Rosanne Cash’s exciting show celebrates her highly acclaimed, three-time Grammy-winning album, The River & the Thread. The River & the Thread is a collection of original songs that connect and re-connect Rosanne to the American South, the place of her birth and the home of her ancestors. 7:30 p.m. Jacobs Music Center. 750 B St., downtown. 619.235.0804. sandiegosymphony.org

What You Are
Jan. 15. The time: Today. The place: A small Nevada town. Don, a middle-aged white American, does his best to make ends meet even as he struggles to connect with his politically active daughter. When he finds himself embroiled in a racially charged incident at work, his life and his living turn upside down. JC Lee’s What You Are, an Old Globe commission, is an up-to-the-minute look at a fractured nation desperately trying to reconnect. 4 p.m. Sheryl and Harvey White Theatre. 1363 Old Globe Way. 619.231.1941. theoldglobe.org

San Diego Restaurant Week
Jan. 15-22. San Diego Restaurant Week celebrates local restaurants by showcasing the fresh and delicious ingredients that the region is known for. For eight days only, enjoy dishes compiled of local products and ingredients at over 180 participating restaurants throughout San Diego County. Dinner will be served as a three-course, prix-fixe menu for just $20, $30, $40 or $50 per person and lunch will be served as a two-course prix-fixe menu for only $10, $15 or $20 per person. Various locations around San Diego. sandiegorestaurantweek.com

Bernstein, Perlman, Hollywood – A Jacobs Masterworks Concert
Jan 21. In this one-of-a-kind concert, the movies come to Jacobs Masterworks. The concert opens with Leonard Bernstein’s brutally vital music from the Oscar-winning masterpiece On the Waterfront and a suite from Eric Wolfgang Korngold’s classic swashbuckling score to The Seahawk. After intermission, Itzhak Perlman takes the stage for an unforgettable selection of Hollywood melodies from Casablanca, Far and Away, Schindler’s List and more, all arranged for violin and orchestra by the greatest film composer of them all, John Williams. 8 p.m.  Copley Symphony Hall. 750 B St., downtown. 619.235.0804. sandiegosymphony.org

Raffi
Jan. 22. Raffi is a singer, songwriter, producer, author, lecturer, and tireless advocate for children. He is best known for his work as a children’s entertainer whose string of gold and platinum-selling recordings in North America includes his classic song, “Baby Beluga.”  Historic Balboa Theatre.  868 Fourth Ave. 619.570.1100. sandiegotheatres.org

Portland Cello Project
Jan. 22. Portland Cello Project has wowed audiences all over the country with their genre-bending performances, infusing the classical cello with an unforgettable modern twist as they cover songs by Radiohead, Taylor Swift, Kanye West, and more. 7:30 p.m. California Center for the Arts. 340 N Escondido Blvd, Escondido. 760.839.4138. artcenter.org

San Diego Sunroad Boat Show
Jan. 26-29. The 27th annual San Diego tradition will be expanding this year with the addition of more floating docks to moor several larger vessels. In addition, there will be marine vendors, free boat rides, as well as food and beverages, making it a great family event for all to enjoy on the San Diego Bay. $13 for adults, children under 12 free. Thurs.-Fri. noon-6 p.m., Sat.-Sun. 10 a.m.-6 p.m. Sunroad Marina. 955 Harbor Island Drive. 619.497.5254. bigbayboatshow.com

Disney on Ice
Jan. 26-29. Rev up for non-stop fun with four of your favorite Disney stories at Disney On Ice presents Worlds of Enchantment. Thrill to high-speed stunts as Lightning McQueen and the crew of Cars race across the ice. Dive into adventure with Ariel and The Little Mermaid’s undersea kingdom. The toys are back in town with heroic action when Buzz, Woody, Jessie and the Toy Story gang escape Sunnyside Daycare in their most daring adventure. Plus, enter the wintery world of Arendelle with sisters Anna and Elsa and pals Olaf and Kristoff from Frozen as they learn that true love comes from within. From wheels to waves, icy wonderlands to infinity and beyond, your family’s favorite Disney moments will come to life. Valley View Casino Center. 3500 Sports Arena Blvd. 619.224.4171. disneyonice.com

San Diego Cat Show
Jan. 28-29. Pedigree cats will be judged on beauty and breed standards looking for the perfect cat. Non-pedigreed cats, “household Pet,” cats are judged on personality and health. Local rescue organizations will have cats available for adoption. Pedigree kittens and cat-related merchandise will be for sale. Both days feature educational talks introducing breeds, grooming tips, needs of older cats and cat training tips. It is the only cat show in the south western US to feature cat agility. There is even a stuffed animal contest for children. $9. Sat. 10 a.m.-5 p.m., Sun. 9 a.m.-5 p.m. Del Mar Fair Grounds, 2260 Jimmy Durante Blvd., Del Mar. sandiegocat.org