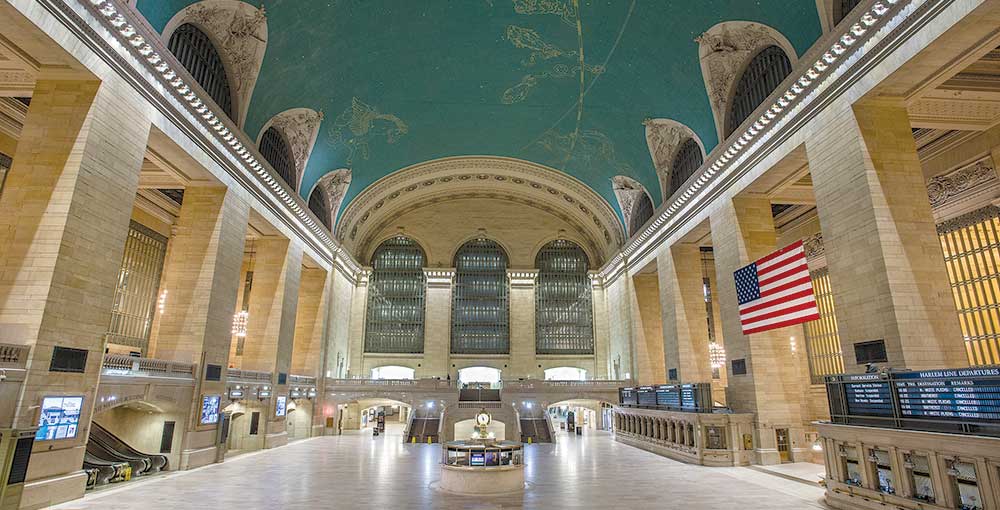 There’s more to some railway stations than transportation. Check out the world’s top 10 eye-catching train stations.

When you think of train stations, you’re most likely considering a way to get from point A to point B. But there’s more to some railway stations than transportation. Many are works of art themselves, featuring breathtaking architecture and design that make them really stand out. Here are cheapflight.com’s choices for the top 10 eye-catching train stations from around the world.

Madrid Atocha Railway Station
Madrid, Spain
Madrid’s largest train station is home to a beautiful tropical garden, which makes waiting for your train much less of a chore. The concourse is lined with enough lush greenery to make you feel as if you’ve stumbled upon a mini rainforest.

Gare du Nord
Paris, France
Europe’s busiest railway station is also one of its most beautiful. The neoclassical-style station serves 180 million passengers each year. The 23 statues adorning its facade represent the destinations served by the station when it first opened. Nine larger statues represent eight international destinations plus Paris; 14 smaller statues represent the French cities and towns originally served. The interior is just as beautiful as the exterior.

Grand Central Terminal
New York, New York
United States The landmark is a tourist attraction itself, thanks to countless design features that catch your eye no matter where you look. Bronze and stone carvings, marble floors, a beautifully painted blue and gold domed ceiling and an ornately sculpted façade are just some of the features that make it so remarkable.

Kuala Lumpur Railway Station
Kuala Lumpur, Malaysia
The white and cream castle-like building, dating to 1910, is Moorish, with dome-capped pavilions along the roofline and minarets. Before the Petronas Twin Towers were built, this railway station was one of the most famous symbols of the city.

St. Pancras International
London, England
The Victorian Gothic station, with its red brick facade, took 20 years to build; when it opened in 1868, it immediately became a London landmark. St. Pancras, home to many shops, restaurants and bars, recently underwent a large-scale restoration.

Antwerp Central Station
Antwerp, Belgium
This opulent train station in Antwerp contains more than 20 types of marble and stone. Completed in 1905, the station incorporates several distinct architectural styles—the result being a look all its own. More than 50,000 travelers pass through Antwerp Central daily; light streams in through arched windows, skylights and a vaulted iron and glass roof.