Find the best Los Angeles things to do for the weekend of 9.15.16 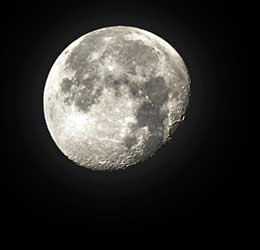 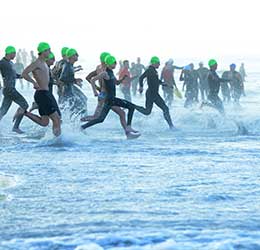 Nautica Malibu Triathlon presented by Equinox
Sept. 18. Athletes, philanthropists and celebrities are among those who turn out to swim, bike and run at this annual Zuma Beach event, all to benefit the Children’s Hospital Los Angeles’ pediatric-cancer research program. Race begins at 7 a.m. Check website for registration prices. 30000 Pacific Coast Hwy., Malibu, 818.707.8866. nauticamalibutri.com 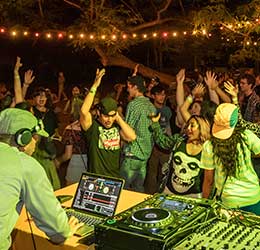 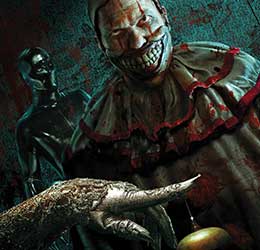 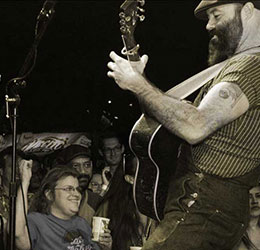 Long Beach Folk Revival Festival
Sept. 16. The annual festival showcases live folk, roots, Americana and bluegrass music. Headliners include the Nitty Gritty Dirt Band, The White Buffalo, Chuck Ragan, among many others. Also find fun events like a beard and mustache contest and a banjo contest. 21 and over. General admission $40; VIP $75. See website for tickets and full line up. Across from Shoreline Village and the Marina, Downtown Long Beach. folkrevivalfestival.com 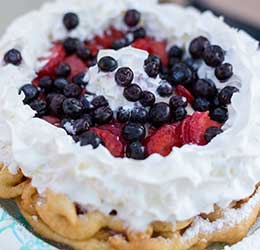 L.A. County Fair
Sept. 2-25. We admit it: Los Angeles doesn’t necessarily scream “country living.” But once a year, the city’s residents head to Pomona for the L.A. County Fair—a tradition since 1922—where they can milk a goat, ride on the Big Top Swinger and chow down on deep-fried everything. Beyond the typical fairground draws, this year’s event offers an “igloo,” complete with ice-skating rink; an interactive dinosaur exhibit; and a concert series with headliners including Blondie, Chicago and Iggy Azalea. W noon-10 p.m.; Th noon-11 p.m.; F noon-midnight; Sa 10 a.m.-midnight; Su 10 a.m.-10 p.m. $8-$20, under 6 free. 1101 W. McKinley Ave., Pomona, 909.623.3111. lacountyfair.com 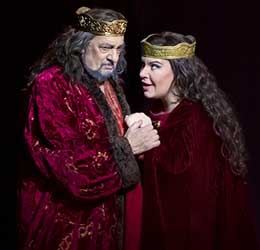 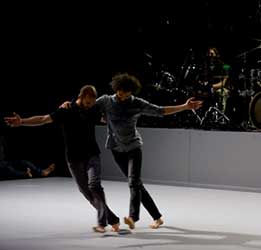 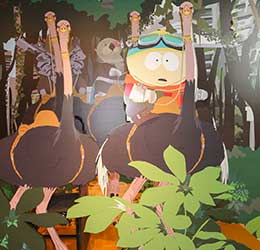 South Park 20 Experience
Through Sept. 25. South Park is turning 20 and super fans can put themselves in the middle of their favorite episodes at The Paley Center for Media. The South Park 20 Experience features a gallery of twenty, 2-D and 3-D life-sized replicas of fans’ favorite South Park characters and classic moments from the series, along with twenty specially created pieces of artwork curated by world-renowned pop culture artist, Ron English. Daily screenings of the series and fan photo ops round out this exclusive Paley Center event. 465 N. Beverly Dr., Beverly Hills paleycenter.org 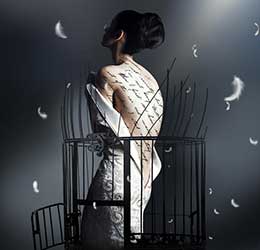 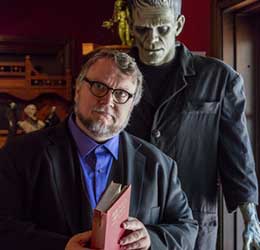 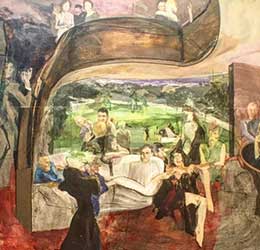 London Calling: Bacon, Freud, Kosoff, Andrews, Auerbach, and Kitaj
Through Nov. 13. While most of the art at the Getty Museum is concerned with the rendition of the human figure and landscape up to 1900, their latest exhibition focuses on innovative figure works from a prominent group of London-based artists who worked from the ‘40s through the ’80s, rejecting abstraction and conceptualism. This is the first extensive U.S. exhibition—80 major works—to explore the paintings and drawings of the leaders of the “School of London” movement: Francis Bacon, Lucian Freud, Leon Kossoff, Michael Andrews, Frank Auerbach and R.B. Kitaj. 1200 Getty Center Drive, L.A., 310.440.7300. getty.edu 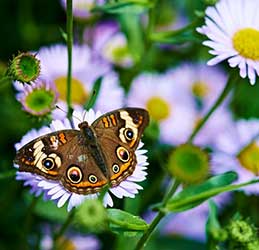 ATTRACTIONS
Butterfly Pavilion
Sept. 16-Oct. 16. See more than 25 North American butterfly species and an array of plants in this outdoor exhibit at the Natural History Museum. The Butterfly Pavilion showcases monarchs, queens, malachites and various longwings and swallowtails, which will flutter among flowering plants inside the enclosed habitat. The pavilion is just part of the museum’s nature-oriented attractions, which also include the outdoor nature gardens and indoor nature lab where you have on-site opportunities to learn about insects and other species in the urban environment. 900 Exposition Blvd., downtown, 213.763.3466. nhm.org 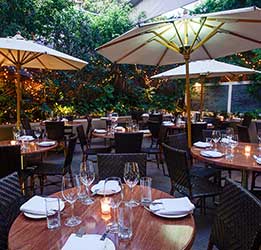 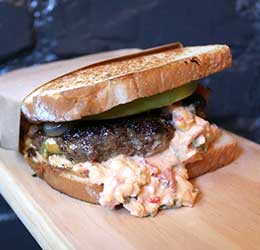 Brack Shop Tavern
The new downtown sports bar hits all the marks with game-viewing, an inventive menu and stellar cocktails. So much so, that even those who couldn’t tell you the difference between the Rams and the Raiders would still be happy to grab a seat and sink their teeth into an expertly crafted patty melt with roasted jalapeño pimento cheese—one of the best renditions of the dish in the city. The concept, from Last Word Hospitality (Same Same), takes over the former Barrel Down space on 7th St. downtown and fills it with an array of interesting and tasty fare like vegetarian mole tacos made with cauliflower; (addictive) twice-baked pee wee potatoes and fried chicken livers a la “Shake’N Bake.” Cocktail highlights include the ever-bubbly bubbly Spritz & Giggles with Aperol, tart cherry cider and mint; and Strawberry Letter 23 with Campari, dry vermouth, strawberry, lime and pink peppercorn. They also serve brunch all day long on Sunday from 10 a.m.-midnight. 525 W. 7th St., downtown. brackshoptavern.com 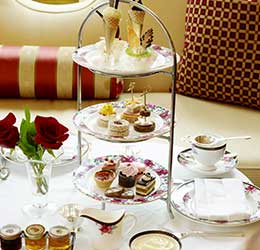 Imagine Tea
Sept. 18. This special children’s event at the Langham Huntington, Pasadena pairs all the delicacies of high tea with a touch of magic. The experience features junior magicians from the Academy of Magical Arts performing close-up magic, while children dine on a specialty menu of magically decorated cookies, ham, turkey and PB&J sandwiches and whimsical desserts, all accompanied by pink lemonade, milk and a selection of fruit-infused, caffeine-free teas. Young tea guests will also have the opportunity to make their own magic during the tea, as they are invited to attend dressed as whichever character, person or animal most appeals to their imagination. $48/adults, $36/children 12 and under. Seatings at 10 a.m. and 1:30 p.m. Reservations required. Guests are encouraged to bring a new or used book to donate to Milk + Bookies. (photo Matt Armendariz) 1401 S. Oak Knoll Ave., Pasadena, 626.585.6218. pasadena.langhamhotels.com 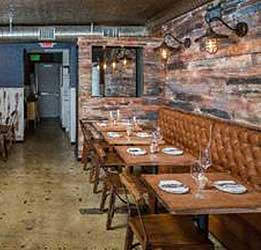 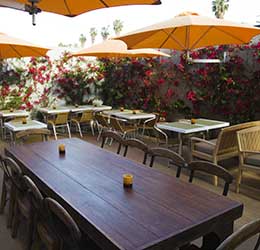 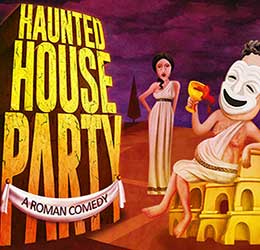 THEATER
Haunted House Party, A Roman Comedy
Sept. 8-Oct. 1. The 11th annual outdoor theatrical production at the Getty Villa is a hilarious adaptation of Plautus’ 2nd-century B.C. Roman comedy, Mostellaria. Even though it was written in 200 B.C., it would be right at home as a contemporary television sitcom: “When big daddy Theopropides is away, his son Philolaches will play. The lovesick youth has borrowed a large sum of money from a swindler to buy the freedom of a slave girl. When Theopropides returns sooner than expected, his slave Tranio is forced into some high-concept scheming to save the day.” The production is co-produced by Troubadour Theater Company.  $36-$48. 8 p.m. 17985 Pacific Coast Hwy., Pacific Palisades, 310.440.7300. getty.edu 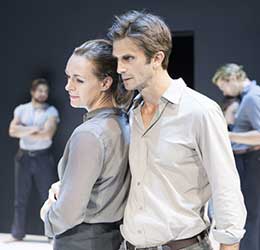 A View from the Bridge
Sept. 7-Oct. 16. Fresh off recent Tony wins and sold-out runs on Broadway and the West End, Arthur Miller’s play follows a Brooklyn longshoreman obsessed with his 17-year-old niece and his raging jealousy over her love of an immigrant. For a more intimate experience, opt for onstage seating. Ahmanson Theatre, 135 N. Grand Ave., downtown, 213.628.2772. centertheatregroup.org 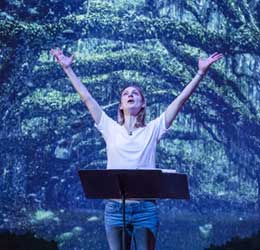 Throw Me on the Burnpile and Light Me Up
Sept. 10-Oct. 2. Lucy Alibar, the Oscar-nominated screenwriter behind Beasts of the Southern Wild, spins yarns about a unique childhood that included a run-in with a lecherous goat and Pentecostals on the radio in this play, having its official world premiere here. Kirk Douglas Theatre, 9820 Washington Blvd., Culver City, 213.628.2772. centertheatregroup.org 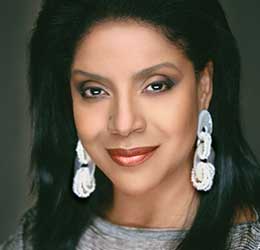 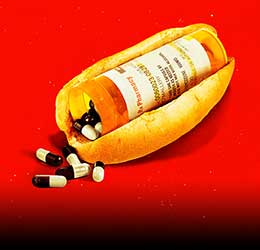